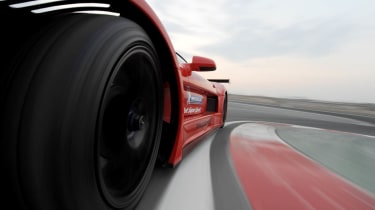 Michelin has just launched a new tyre, the Pilot Super Sport. It replaces the Pilot Sport PS2 and has been developed in conjunction with Ferrari, Porsche and BMW M division to name but a few. It goes on sale in January.

They launched the tyre in Dubai this week, but due to our magazine deadlines none of us could attend. Grrr. And more Grr when we found out what cars we’d have been able to drive there, one of which was the new Koenigsegg Agera.

Apparently the tyre is absolutely blinding with Michelin boldly claiming it’s ‘the world’s fastest series produced tyre on the racetrack’ having bettered the dry lap times of five rivals in independent testing.