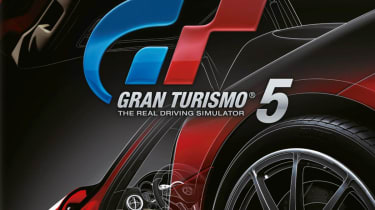 It takes more than an evening's gameplay to give a definitive verdict on the latest version of Gran Turismo.

That said, even an hour or two of ham-fisted efforts provide a vivid taste of what has already become a guilty pleasure for millions of car enthusiasts like us; people who otherwise have little interest in gaming. I'll share some snapshots from my initial GT5 experiences, because these are the special moments that have stuck in my mind.

The first is racing a Peugeot 908 in torrential rain at Le Mans and having the uncanny sense that - thanks to the 3D glasses and screen - I could reach out and touch the raindrops falling on the track. Then feeling the torque spike in 4th gear and spit me into the barriers...

The second is driving a Mercedes SLS AMG on the Madrid street circuit and not only recognising the landmarks I'd walked past earlier in the afternoon, but more importantly recognising the SLS's dynamic  behaviour from driving the real thing a few weeks earlier.

The last, and most vivid memory is trying to race the remarkable Red Bull X1 around the Nordschleife. The impression of immense acceleration and ridiculous downforce is tangible, the concentration required to negotiate the Fuchsrohre flat in 7th gear at 260mph embarassingly intense.

So, whether you're after pure escapism or obsessive realism, GT5 is an epic you should really experience for yourself. Yamauchi-San, evo salutes you.