Which car has the best residuals? 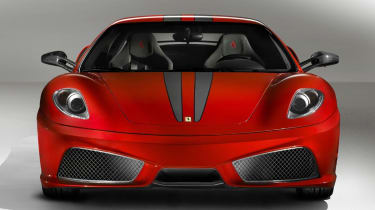 Judged as a percentage, what’s worth more after three years, a Volkswagen Tiguan or a Ferrari F430? Clue: it’s not Italian. According to the latest Glass’s Guide the German off-roader has the best residual values of any car in the UK, keeping a massive 68 per cent of what it originally cost.

Glass’s, the car industry’s reference point for used car valuations, suggests the off-roaders’ dominance is down to a post-recession resumption of the UK’s love for four-wheel-drive and high driving positions. That, and the weather through the early part of 2010 reminding people that it sometimes snows in the UK.

The guide points out that last year the four top places were given to small cars and superminis - the demand for cheap small cars soared as thousands of people went crazy for the scrappage scheme.

Sadly for the Peugeot 107, Toyota Aygo, Suzuki Swift and Citroen C1, small car values have returned to their former level. In fact, only the Honda Jazz gets a place in the top 30 this year.

If you’re wondering where some the finest automotive exotica in the world sits, the answer is that their low volumes make it hard to judge resale values. So if you’ve got a Lamborghini Reventon in your garage, don’t despair because it’ll still be worth a bob or two.

Here’s the top ten. Values are based on what they are worth after three years and 37,000 miles.