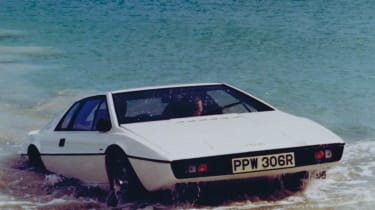 The National Motor Museum has announced a one-off exhibition of cars from the James Bond films, running from January next year, and featuring more than 50 of the automotive stars of 007’s various cinematic outings.

Of course, like the long-running spy franchise itself, the sheer number of cars involved means there’s a degree of variation in the quality of the exhibits. And although most fans will relish a chance to get close to the original Aston Martin DB5 from Goldfinger, complete with its pop-up bulletproof rear screen, the prospect of looking at the BMW 750i that ‘starred’ in the lacklustre Tomorrow Never Dies is unlikely to set pulses racing. On a similar theme there’s a chance to see the Jaguar XKR cabrio from the dire Die Another Day, the car that got to drive around a secret ice base with a Gatling gun mounted to the back of it (in what many Bond afficianados regard as the series’s absolute nadir.)

Other stars include the 1937 Rolls-Royce Phantom III that also appeared in Goldfinger, the famous aquatic Lotus Esprit S1 from The Spy Who Loved Me and an Aston Martin DBS from Quantum of Solace – where much of the stunt driving was done by Ben ‘ex-Stig’ Collins.

The oddest exhibit? That will be the ‘skiing’ cello case that Timothy Dalton (remember him?) navigated down a snow-covered hill in The Living Daylights.

‘Bond in Motion’ opens at the National Motor Museum in Beaulieu on the 18th January 2012.