Subaru will be showing the BRZ and all-new five-door Impreza at Geneva, as well as celebrating 40 years of its all-wheel system 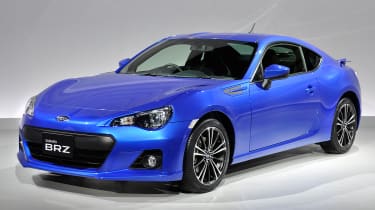 The BRZ will make it's official European launch at the Geneva motor show, where full specification and pricing details will be revealed. The all-new fourth generation five-door Impreza will also make its European debut - still based around a boxer, four-wheel drive drivetrain.

Subaru will also be running a display which celebrates the 40th anniversary of its symmetrical all-wheel-drive system, from the very first Leone estate which was launched in 1972, right through to the Imprezas and Legacys of today.