A Slovenian supercar, the Tushek T500, has been revealed ahead of its launch at the Top Marques show in Monaco. 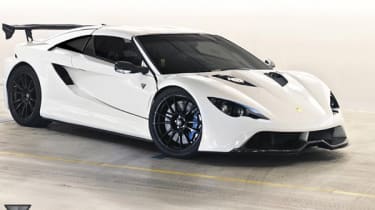 The car will be released at the Top Marques show in Monaco, which will feature a number of supercar manufacturers - some bringing new cars to the table.