MG Icon concept to be revealed at Beijing

A new compact-crossover concept from MG is to be unveiled at the Beijing motor show. 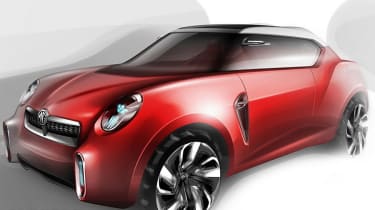 MG has released images of its latest show car, the Icon, ahead of its official unveiling at the Beijing motor show. MG says it take its inspiration from the iconic MGB GT, hence the name.

The Nissan Juke-rivalling crossover concept will be based on the Chinese-built MG5, and will most likely be offered with an SAIC (MG's parent company) developed 1.5-litre turbocharged petrol engine.

More details will be released at the show, but MG are said to be working on a production version which is expected to be launched in China by mid-2014.