MG has shown its Icon concept, which has its sights thoroughly set on the Nissan Juke/MINI Countryman market 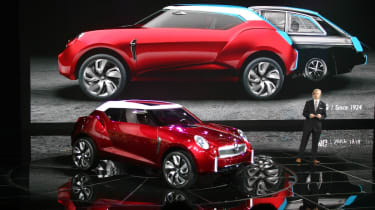 This eye-catching concept is based on the chinese-market MG3, and it sees the company dip its toe into the Nissan Juke/MINI Countryman market.

The Icon was conceived by Design chief Tony Williams, and styled by Stephen Harper in Shanghai. There's plenty of traditional MG styling cues, but Harper says that it's conceived with an eye on the future, not in the past.

Production is dependent on whether the car is well-received in China, and the conservative SAIC management is looking primarily at its home market, even if it's selling the cars on the strength of their 'Britishness'.