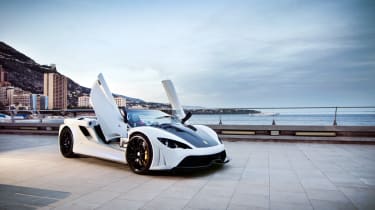 Tushek supercars launched its new model, the Renovatio T500, at the Top Marques show in Monaco - receiving two firm orders. The supercar was fully developed in-house by Tushek, a Slovenian company, with prices starting from around £230,000 (€300,000).

Prior to these two new orders, the company had already built and sold two cars, and following a number of international enquiries, is in the process of setting up official dealers around the world - with plans for a UK dealer in the pipeline.

Aljosa Tushek, managing director of Tushek Supercars, spoke about the latest showing of the T500 at the Monaco show: ‘We were pleasantly surprised by the amount of interest the Renovatio T500 has generated’.