Over the weekend, there will be huge number of star drivers taking to the 1.16-mile hill climb course. Here's a round-up of who to look out for. 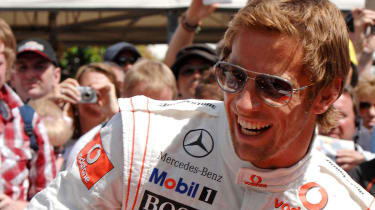 There are over 110 star drivers scheduled to make an appearance at this year's Goodwood Festival of Speed. There will be no fewer than six current F1 teams exhibiting cars, including Ferrari, McLaren, Red Bull, Lotus, Mercedes GP and Lotus.

Five-time Le Mans winner Derek Bell will be at the Festival all weekend, and is driving a new Bentley, and one of the all-time fastest Group C Le Mans racers, the 956.

From the world of rallying, drivers Juho Hanninen, Thierry Neuville, Jan Kopecky and Andreas Mikkelsen are on the Forest Rally Stage, along with many other rallying greats, including Juha Kankkunen, Björn Waldegård, Rauno Aaltonen, Jimmy McRae, Hannu Mikkola and Russell Brookes.

For a full breakdown of all drivers and riders at this year's event, visit the Goodwood website.