Son of the company founder and Pininfarina's honorary Chairman - car designer Sergio Pininfarina has died, at the age of 85. 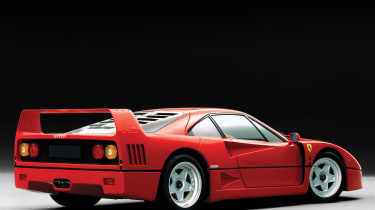 Sergio Pininfarina, president of Pininfarina from 1966, has died at his home in Turin. Sergio was responsible for overseeing such cars as the Ferrari 288 GTO, F40 and Enzo - as well as many of the things that made Pininfarina successful.

Son of the company founder Batista Farina, Sergio was born in Turin in 1926, he studied mechanical engineering at university and rose to become General Manager of Pininfarina in 1960. Sergio then became President of Pininfarina in 1966 following the death of his Father.

Pininfarina is responsible for many great designs in the second half of the last century, not only producing supercar designs, but also injecting Italian style and flair into the volume car market - styling many of the successful Alfa Romeo, Peugeot and Lancias.

Other achievements of Sergio's include the key developments at Pininfarina, such as the new factory at Grugliasco, the opening of a computer design centre and wind tunnel.