Following its 2011 comeback, the Italian De Tomaso car company has once again filed for bankruptcy. 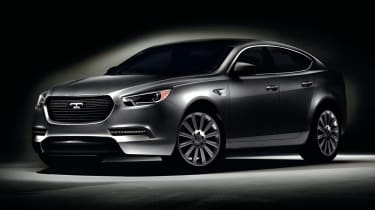 More than a year since a new concept was unveiled at the Geneva motor show, the De Tomaso car company has once again filed for bankruptcy, after former Fiat executive Gian Mario Rossignolo failed to bring the manufacturer back to life.

Rossignolo bought the rights to the company back in 2009, and brought a new concept to fruition, but unlike De Tomaso sports cars of old, the Deauville (or SLC) was a high-performance compact SUV.

Following the unveiling of the Deauville concept in 2011, Rossignolo struggled to find financial backing for the company, and although talks were ongoing with Chinese investment group Hotyork, nothing ever came of the deal - leaving De Tomaso in debt with suppliers and unable to pay staff.

The company has now filed for bankruptcy, and the remaining assets will be stripped and sold by a court-appointed administrator, unless a buyer can be found.