The IFR Aspid GT-21 Invictus has been unveiled, and is fully-planned to go into production 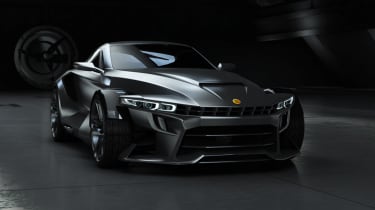 The first renderings of the GT-21 Invictus, a new 187mph supercar from Spanish manufacturer Aspid, have been released - showing the semi-open wheel layout of the extreme new supercar.

Powered by a front-mounted 450bhp BMW V8, the GT-21 Invictus has a claimed sub-3.0 second 0-62mph time, thanks to extensive use of aerospace-grade aluminium and composites to keep weight down to 990kg. The platform on which the car is built weighs just 80kg.

This is the second production car to emerge from the Spanish company, and like the previous Aspid Super Sport, will feature a twin brake disc system and screen on the steering wheel for the on-board computer.

Aspid are expecting to produce no more than 250 of these per year, and will be tailored to the specific needs of the driver.