It has been revealed that the DVLA will allow new car buyers to avoid the unlucky number 13 next year. 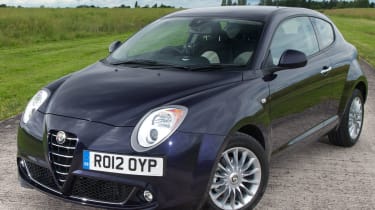 From 1 March to 31 August 2013, all new cars will be registered with the 13-reg, but according to the Vehicle Remarketing Association (an organisation involved with the sale of used cars), the DVLA has revealed that it is planning to give buyers the opportunity to skip the ‘unlucky’ 13-reg number plate.

The DVLA is proposing that superstitious buyers will have the choice to revert to a 62-plate instead of the correct 13-plate, but the VRA is concerned that the move could see innocent people lose out when the time comes to sell – with 2013 cars appearing older than they actually are.

The DVLA doesn’t know how many people would take up the offer, but it’s treating the threat of apprehensive buyers avoiding new cars seriously enough to warrant this flexibility in the system.

This isn’t the first time car registration plates have caused problems with long-held cultural superstitions. The Afghan aversion to the number 39 caused a number of issues when the country changed over to a new system last year, resulting in a significant drop in sales - a situation the DVLA is keen to avoid.