Heading into the last round of the 2012 BTCC at Brands Hatch, the championship could still go four ways 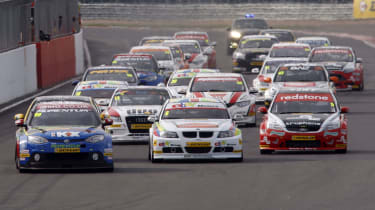 Jason Plato dominated proceedings at Silverstone this weekend, during the penultimate round of the BTCC. The former champion took two wins in his MG6, with Mat Jackson fighting hard to take the third.
Heading to the final round at Brands Hatch on 21 October, the championship is still wide open, with Gordon Shedden, Plato, Matt Neal and Andrew Jordan all with a shot of being crowned.