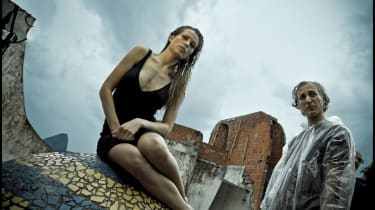 The world-renowned Pirelli calendar is known for its unique combination of glamour and high production values, but it’s also one of the hardest calendars to get hold of. Pirelli only send a limited number out to its secret list of recipients, and should one of them sell their calendar on, they would never see another Pirelli calendar again.

For 2013, Pirelli has made the calendar even more exclusive by upping the production quality further and reducing the print run to 17,000 – less than half of what it was only a few years ago. The 2013 calendar is now more of a giant book, weighing in at a slightly ridiculous 6.5kg

In a break with tradition, this year’s calendar features clothed models shot by one of the world’s most renowned photojournalist, Steve McCurry. He’s famous for capturing memorable scenes from recent major armed conflicts, which have been published in magazines and newspapers worldwide, including the National Geographic magazine.

For the 2013 calendar, Pirelli wanted to portray the culture and vibrancy of one of Brazil’s most famous cities, Rio de Janerio. We’ve published some of the images appearing in the calendar here, as well as some exclusive images taken during the making of the calendar, and a video showing how it all came together (below).

In another evo world exclusive, we have one 2013 Pirelli calendar to give away to a lucky evo reader, so if you fancy owning a copy of the world’s most exclusive calendar, follow the link here: http://win.evo.co.uk/competition_preview.jsp?prizeId=1559