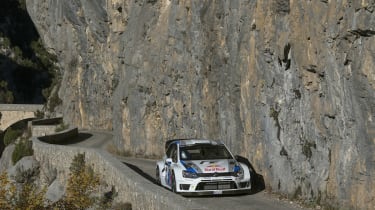 In the first of evo.co.uk’s new weekly series of motorsport round-ups, all eyes are on rallying, both in Europe and South America.

Stephane Peterhansel leads the Dakar Rally at the half-way point after an eighth stage that was heavily disrupted by a riverbed filled by heavy rain that was largely impassable. The Frenchman, driving a four-wheel-drive Mini, is leading Qatar’s Nasser Al-Attiyah, driving a buggy constructed specially for his effort by just over three minutes. The rally continues through northern Argentina this week, before finishing in the Chilean capital Santiago this weekend.

Al-Attiyah has also planned a World Rally Championship programme this year, but his Dakar participation means he has been forced to miss the season-opening Monte Carlo Rally, which gets underway on Wednesday morning. Volkswagen makes its official return to rallying at the event with the debut of its Polo R WRC, with title contenders Sebastien Ogier and Jari-Matti Latvala driving. But Citroen’s semi-retired nine-time world champion Sebastien Loeb is the favourite to win the Monte, the first of four events the Frenchman plans to contest this year.