We can’t expect Mini to build ten-foot-long, era-defining city cars any more, but we do expect the BMW-owned company to turn out cars that are fun to drive and show up their rivals as sloppy, dull and character-free.

Unfortunately, the latest Mini Countryman doesn’t manage that. It’s undoubtedly a more rounded product than its predecessor and makes gains in all the areas you’d expect, from quality, through equipment and safety, to performance and economy. But in making a more mature, refined product, the Countryman moves even further away from the characteristics that until now have allowed even the least-mini Minis to put a smile on your face.

And the Countryman is getting expensive. While that’s to be expected, and similarly-sized crossovers stray into similar pricing territory, we can’t help but notice the availability of some proper evo performance favourites for similar money - notably a wide range of hot hatchbacks, most of which are as practical as the jacked-up Countryman but considerably better to drive.

> Ride and handling - The Mini that doesn’t feel like a Mini. Perfectly competent, and rides well, but the fun-factor is slowly being lost.

> MPG and running costs - Diesels are most frugal, but petrols aren’t far behind. All-wheel drive harms the on-paper figures.

> Interior and tech - Better quality than before and all works well, but for some the cabin’s retro look will be a bit too much.

> Design - Some uncomfortable details and proportions. It’s hard to be original when your product lineup has to draw inspiration from a 1959 city car. 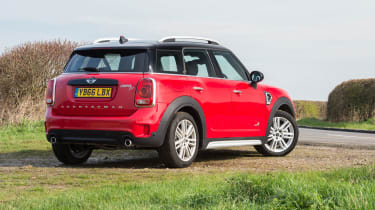 £22,465 will get you behind the wheel of a Cooper Countryman, provided you stay away from Mini’s extensive options range. All-wheel drive (available on all models) adds £1090 to that figure, while the automatic transmission will set you back £1495.

It goes without saying that all models are therefore a fair chunk of money, and the equivalent cash would net you plenty of options in the hot hatchback class. For Cooper money you could get a Ford Focus ST, while the JCW is well into Volkswagen Golf R territory.

But let’s assume that only a crossover will do. The new kid on the block is Toyota’s C-HR, whose futuristic styling is a counterpoint to the Mini’s retro vibe and has the nimble handling, precise steering and throttle-adjustability that were all characteristics you might have found in a Mini back in the day. Engine options are unfortunately limited (there’s a 1.2 turbo and a 1.8 hybrid) but it’s a compelling alternative.

The Countryman’s pricing creeps into premium territory, so you might also consider cars like the Audi Q3, BMW X1, Mercedes-Benz GLA and Lexus NX as you stray further up the range. 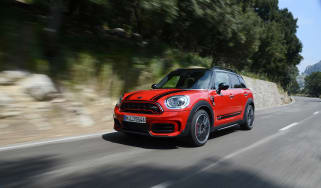 Potent but pricey new Countryman is too big and heavy to be much fun
New Mini Countryman revealed - sporty crossover begins at £22,465 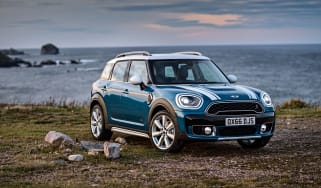 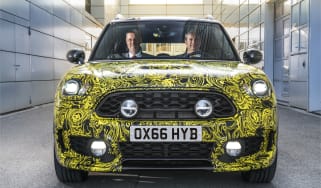 Driving fun, as well as efficiency, promised by Mini's first production plug-in hybrid
What it's like to drive Mini's ALL4 Racing Dakar-winning car 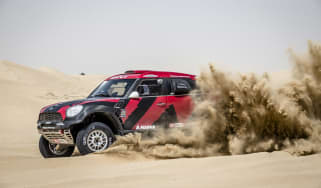 What it's like to drive Mini's ALL4 Racing Dakar-winning car 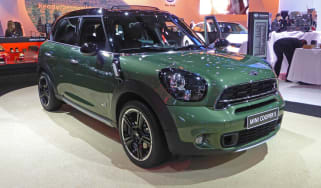 The Mini Countryman has been facelifted for the 2014 model year, with a power boost for the Cooper S model. Details and pictures here
Mini Countryman matt paint option priced 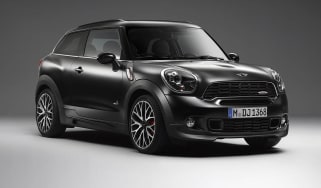 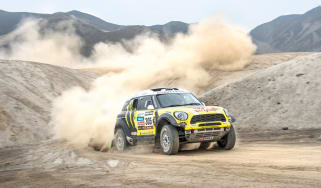 Mini and Race2Recovery on the Dakar Rally

Despite being one of the world's toughest motorsport events, the Dakar Rally's desert trails can be a great leveller. evo meets the 2013 event's David…
Weekly motorsport update - Dakar latest 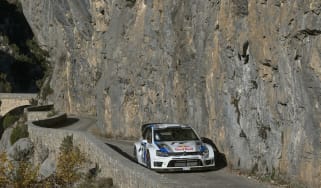 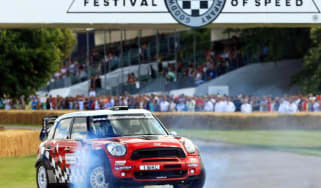 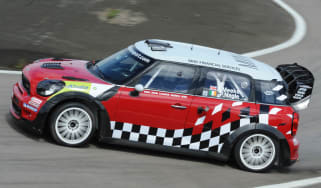 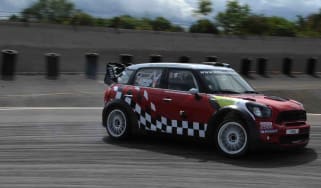 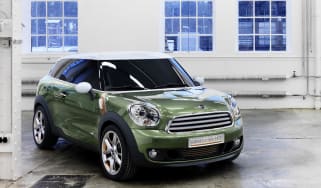 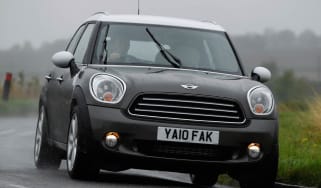 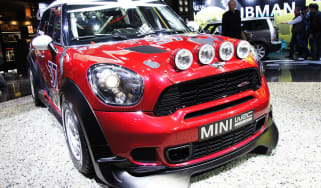 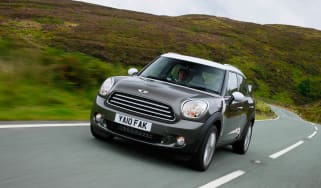 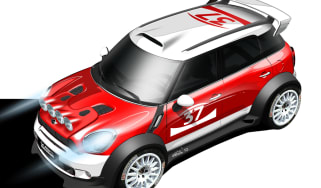 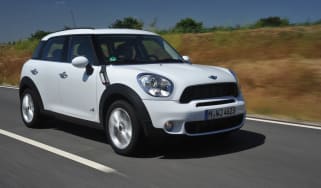 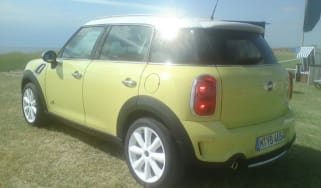 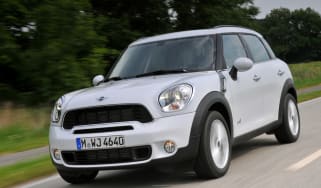 evo's first drive of Mini's SUV, the Countryman. Is it as fun to drive as a Cooper S hatch?
Mini Countryman road test 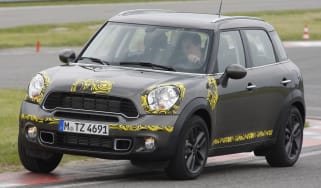 Has Mini managed to package the things we love about the Cooper S in the high-rise Countryman?
Skip to HeaderSkip to Content