Not quite a class leader, and surprisingly expensive, but the latest Focus ST can be great fun on the right roads 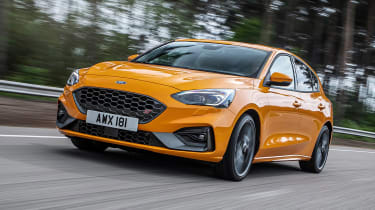 The Ford Focus ST story has its peaks and troughs. The first-generation car was based on the excellent Mk1 Ford Focus, but its naturally aspirated power plant perhaps didn’t exploit such a sparkling chassis. The next Focus ST had character in spades thanks to a 2.5-litre turbocharged in-line five, but was a softer, heavier car than many rivals.

The third Focus ST didn’t quite hit the spot for us though. Its engine lacked the character of the five-pot and its chassis was corrupted by an unruly front axle. Fun in small doses, but frustrating when the class standard was so high.

So it falls to the fourth-generation car to rectify things, and our early impressions suggest Ford might finally have got there. Sure, it’s not as attractive as the first-gen car, nor does it sound as good as the second ST, but it’s measurably better than the third Focus ST and now stands comparison with cars such as the Hyundai i30 N, Renault Sport Mégane and Mk8 Golf GTI, something the old model struggled to do.

The latest Focus ST remains an imperfect car, lacking the attitude of some rivals and the impressive B-road flow of others, but with an entertaining chassis and punchy (yet controllable) power delivery, it’s become a much easier car to recommend. 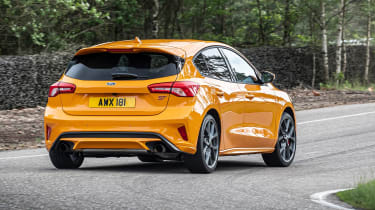 If you’re expecting a temptingly low entry point like the last Focus ST offered (under £23,000 at launch), then you might be in for a bit of a shock, as the latest ST is at minimum a £30,250 car in petrol guise.Prices have gone up with size and power in this class, naturally, but that’s quite a step for a car that is still a notch back from the best in terms of driving experience. The newly updated Honda Civic Type R, to pick our favourite hot hatch as an example, starts at £32,820, while the new Mk8 Volkswagen Golf GTI is £33,460. 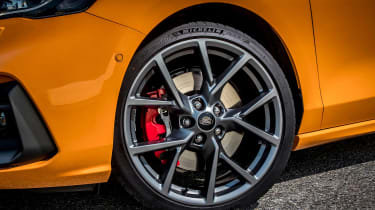 You do get plenty of kit for your money (various electronic safety systems, adaptive LED headlights, Recaro seats, torque vectoring), but consider too that a few desirable additions are behind various different option packs – £250 for the Performance Pack with launch control, rev matching and track mode, or £400 for a head-up display for example.

And while we like the Focus, the rivals already mentioned all beat it for driving appeal. The Civic matches engagement with astonishing ability, the basic Mégane makes light work of a country road with agility and pliancy, and an i30 N pairs a rowdy drivetrain with excellent control.

We should probably mention the enemy within too, which also beat the Focus ST on an evo group test: Ford’s own Fiesta ST Performance Edition, while expensive itself at £26,495, is the best hot hatch Ford makes if you don’t need the space of the Focus. 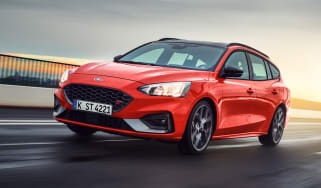 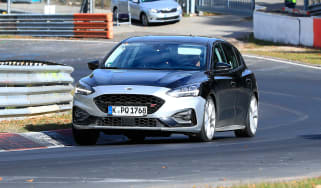 The hottest of the new generation Focus models, till the RS arrives, should have what it takes to be a class leader
Mountune boosts Ford Focus ST diesel 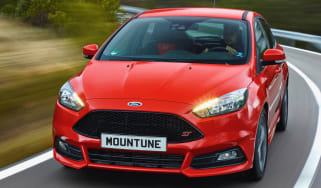 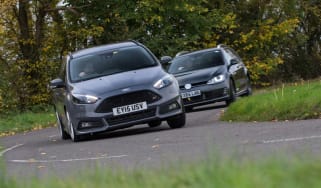 Quick, affordable and fun, but not perfect
Should I keep my Ford Focus ST? – evo Market 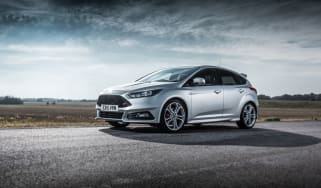 Should I keep my Ford Focus ST? – evo Market

If you can’t face selling your car, take a look at the latest options to upgrade and improve it instead
271bhp for pumped-up Ford Focus ST Mountune 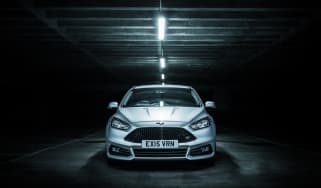 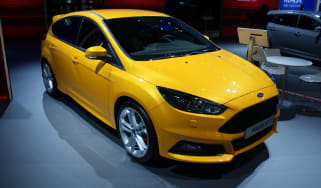 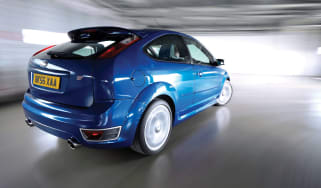 Slightly overshadowed by the RS, the Focus ST is a fast and capable hatch in its own right. Here’s all the essential buying information
VW Golf GTI vs Ford Focus ST 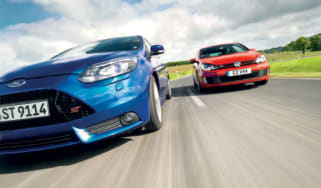 With 247bhp and a newfound appetite for corners, the latest Ford Focus ST promises to be one of the most exciting hot hatches.
Shelby Ford Focus ST at Detroit 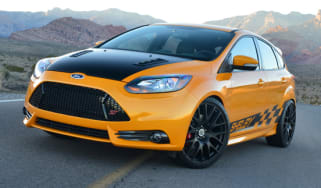 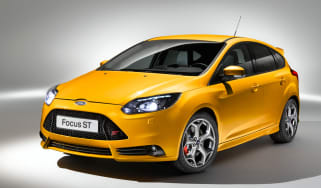 Ford has announced prices and specifications for the new 246bhp Focus ST, on sale from £21,995
Ford Focus ST makes its debut 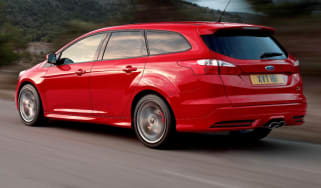 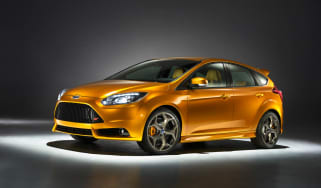 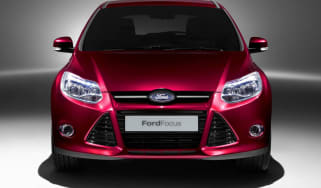 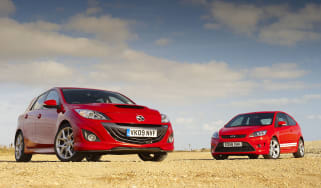 The 256bhp Mazda 3 MPS is still one of the most potent hatchbacks around, and now its been updated to make it sharper than ever before
Hot hatch group test: Ford Focus ST v VW Golf GTI v Audi S3 v Vauxhall Astra VXR 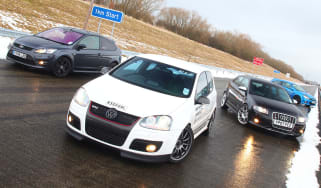 Think the Focus RS is pushing hatchback boundaries with its 300bhp? Think again. These tuned alternatives are much, much hotter
Ford Focus ST Mountune review - pictures, specifications and more 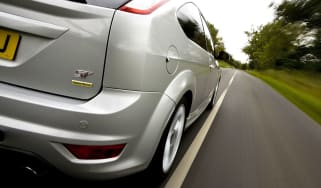 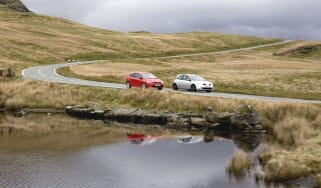 With soaring fuel costs, the Renaultsport Megane dCi is seriously tempting, but can it rival the Focus ST away from the pumps?
Skip to HeaderSkip to Content