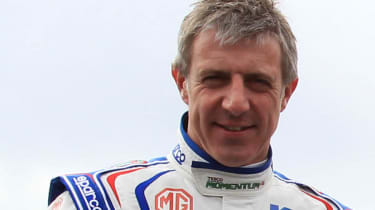 With the new British Touring Cars season kicking off at Brands Hatch this weekend, evo spoke to works MG6 driver and two-time champion Jason Plato about his view of BTCC 2013: How would you describe your last 12 months?“I only come here to win, because it’s my job. When I don’t win, I’m pretty p**sed off. But I have to say that last year, with the results we’d had, I was fairly pleased because it was so last-minute getting the car prepared for the first round last year. To be in with a chance of the title all the way to the last meeting, given the mechanical failures that we had and the electrical components that went wrong, was fantastic. If you add up all the times I was pushed off the grid with mechanical problems, they all could have been podiums or wins. Add those on and we would have been in with a really good shout [of winning the championship]. It was very important for us to get our sponsors KX and Tesco Momentum 99 on board and really engage with the project [so it can continue long-term] and they have, so it’s been a very successful year.” What do you think are the biggest strengths of your MG6 compared to the other cars on the grid?“Over the middle third of last season, we had the quickest package in the field in the dry, but our Achilles heel was wet conditions. We looked especially good for front grip in medium-speed corners, so I would say that’s our biggest strength.” Which other driver in the field do you respect the most, and why?“I don’t really rank them in respect. Besides, that changes on a weekly basis. I respect the driving of all the leading players as you would and should do, but the ebb and flow of the BTCC means that opinions change on a sixpence. Just because I like someone today doesn’t mean I’m going to like them in an hour’s time after the next race." Who do you think is going to win this year’s championship, and why?“I’m not going to answer that, it’s a stupid question!”