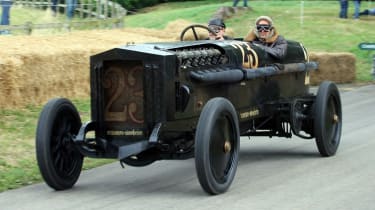 The 2014 Cholmondeley Pageant of Power runs from 13-15 June. Set on the grounds of Cholmondeley Hall in Cheshire, the ‘Goodwood of the north’ will feature a mixture of cars, bikes and even powerboats on the site’s lake. Celebrations at this year's event include an array of Italian motorsport stars, with a focus on Maserati's centenary, while there'll be fierce competition to beat the event's fastest lap time of 55.29 seconds, set in 2013 by Robbie Kerr in a Radical around Cholmondeley's 1.2-mile sprint course.

Book tickets at www.cpop.co.uk, quoting PETROL for 20 per cent off.