The 2013 Goodwood Festival of Speed was as spectacular as ever, with manufacturers using it to launch several significant new cars... 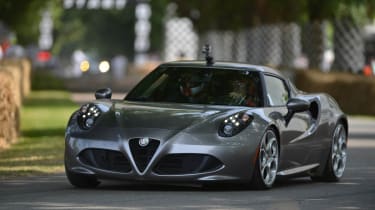 The Goodwood Festival of Speed has long since outgrown its origins as a glorified hill climb in an Earl's garden in Sussex. But this year's running might well have marked the point where it became a fully-fledged international motorshow in its own right.

Not in terms of the Moving Motorshow, the not-quite Festival on Thursday that gives punters the chance to drive (or, more often, be driven) up the hill in a variety of road cars. But rather through the number of international manufacturers using the Festival to launch significant new cars for the first time. For an increasing number of carmakers, Goodwood is already in the diary as the first time the UK will get to meet new models.

Of course, there was still plenty of other stuff to see - not least the action on the 1.1-mile Hill course that included everything from modern F1 cars to monstrous racers from the dawn of driving. But as Goodwood continues to grow, so it becomes the closest thing we've got left to a motorshow...