As always at the Festival of Speed, race cars from every era, and every part of the world, were running on the Hill 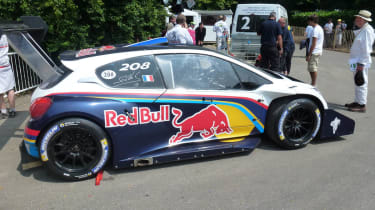 Behind the motorshow trappings Goodwood remains a hillclimb, although one where relatively few of the cars are actually competing against the clock. As always, the organising team have assembled a collection of mouth-watering cars from every era of racing, from modern F1 cars backwards. Many had been there before, but some were completely new. And although we've not got nearly enough space to show them all, here's a selection of our highlights from the 2013 Festival of Speed weekend.