Car of the Year 2014 shortlist announced

The seven finalists for next year's Car of the Year award have been announced. Details here 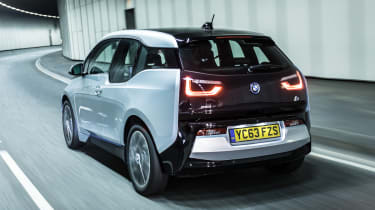 The seven finalists of next year’s Car of the Year award have been selected. Motoring Journalists from around the world voted for their top seven cars from a shortlist of around 32 new cars, and a more thorough voting process will now take place to decide the winner. As always, the winner will be announced at the Geneva motorshow.

First on the list is the BMW i3, making it onto the list thanks to its innovative and interesting electric drivetrain and carbon fibre construction, at an affordable level. It's not the only electric car though. Also on the list is the Tesla Model S, the American company’s take on a city-friendly 5-series.

Slightly more down-to-earth entries come in the shape of the Skoda Octavia, Citroen C4 Picasso, Mazda 2 and Peugeot 308. The technological tour de force that is the new Mercedes S-Class, has also made it into the final list.

Last year the Volkswagen Golf Mk7, which shares its MQB underpinnings with the Octavia, beat the other six finalists to the prize. Although the allure of impressive high-performance or luxury cars is often strong, judges are forced to take value for money into consideration.