Nissan has confirmed its return to the Le Mans 24-hour race, plus other motorsport plans 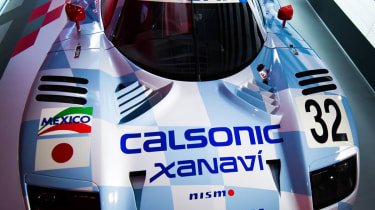 Nissan will return the Le Mans 24 hours in 2014 with an innovative project which will follow on from the unique Nissan DeltaWing racing car, which participated in the prestigious round-the-clock race in 2012. Nissan CEO Carlos Ghosn announced the company’s plans at the opening of Nissan performance and motorsports brand Nismo’s new headquarters in Yokohama. He suggested that a new innovative approach would be applied to the project, with an electric racer set to occupy garage 56, which is dedicated to experimental entries. Nissan intends for the expertise demonstrated on the car to trickle down into its road car range. Ghosn also touched on some of Nissan’s plans away from the legendary endurance race, mentioning that Nismo will continue to develop racing versions of the GT-R for both works and privateer customer teams. For 2013, Nissan will also update the GT3 variant of the GT-R, after last year’s success in both GT500 and GT300 classes of Japan’s Super-GT series.