Nissan is restarting parts production to offer spares to owners of old GT-Rs beginning with the Nissan GT-R R32. 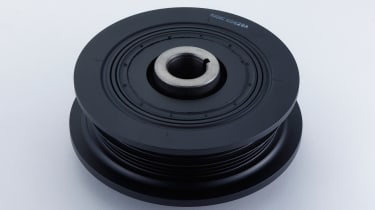 Nissan has announced its new Nismo Heritage programme, which will offer OEM replacement parts for iconic Nissan sports cars of the past, such as the R32 Skyline GT-R.

Initially the scheme will support the Nissan GT-R R32 (1989-1995) before it is scaled up to include the R33 and R34 as well. The inventory list, about 80 items long to start with, comprises key replacement parts such as hoses and harnesses that will be required by owners to ensure their GT-R’s comply with emissions and safety standards in Japan, where cars are subject to intense scrutiny by automotive authorities. Among the cosmetic parts available for the GT-R items such as badges and emblems.

Nissan was motivated to create its Nismo Heritage in response to the dwindling number of third party parts suppliers for the R32, the earliest examples of which are now approaching 30 years old. Alongside the like-for-like replacements, the new service will also provide compatible substitutes, restore failed parts or supply Nismo-tuned parts.

The move by Nissan to reopen supply chains to support the community of GT-R owners reflects industry trends, with firms such as Mercedes-Benz, Porsche and BMW offering similar schemes, albeit on a greater scale, for many of their older models. Porsche recently announced the reproduction of drum brakes for its first production car, the 356.

The new Nimo Heritage range of parts will be shown at the Nismo Festival on November 26 2017 at Fuji Speedway in Shizuoka Prefecture, Japan, before sales start on 1 Decemeber the same year.