Peugeot pulls out of endurance racing 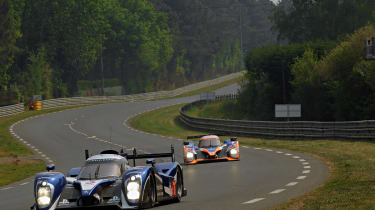 Due to financial worries, Peugeot has suspended its endurance motor sport program. The French company claims that this is due to the 'difficult economic environment in Europe'. With a busy year ahead, Peugeot has decided to pour as much resource into its new car launches planned for 2012 - Including the 208, 3008 HYbrid4, 508 RXH, 508 HYbrid4 and 4008.

Peugeot has been very strong at Le Mans since the team re-entered the sport in 2007, winning it outright in 2009, and pushing Audi harder than any other team in the past decade. The team came tantalisingly close to winning in 2010 too, qualifying first, second and third but all three entrants suffered problems and failed to finish. Audi responded to the announcement via Twiter, saying: 'Audi Sport is very sad to lose a competitor. We will always remember the fierce battles that we had with Peugeot. Goodbye!'

The French manufacturer was the second ever to win at Le Mans with a diesel-powered car. The 908 HDi FAP has been in constant development since 2007, and was used to demonstrate the advantaged of diesel over petrol. There has been many discussions with the organisers of Le Mans (ACO), claiming that the TDI Audi and HDi 908 both have an unfair advantage over similarly specified petrol LMP1 cars, and the ACO have been trying hard to reduce the gap between the two, with some more major rule changes coming in for the 2012 season.

This isn't the first time Peugeot has left the sport though. When it joined the dwindling World Sports Car series in 1990, the team won it in '92 and '93 with the 905 Evo1B, but discontinued sports car racing to pursue Formula 1 in partnership with McLaren in '94.