Jason Kenny to race a Radical this weekend 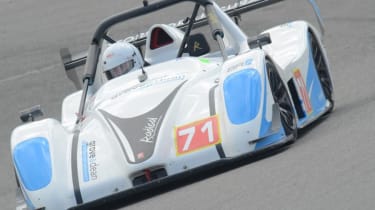 A week after the end of the Rio Olympics, six time Olympic gold medallist Jason Kenny is to race at Brands Hatch in a Radical SR3 RSX.

Kenny was the most successful British athlete at the 2016 Rio Olympics, winning gold in the Team Sprint, Individual Sprint and Keirin. It isn’t just cycling that he’s seen success though; Kenny raced a Radical SR3 in 2014 and finished on the podium in Radical European Masters at the Nurburgring. His hunger for competition means he has barely had time to relax since his Olympics success before jumping into the seat of a Radical. 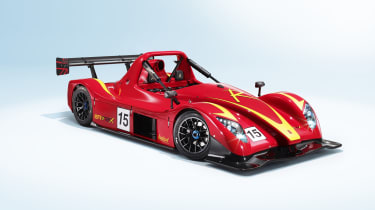 The SR3 RSX that Kenny will race has a tubular steel space-frame chassis and a glass-fibre body. It’s powered by a 1.5-litre, double overhead cam, four-cylinder engine that produces 256bhp. The huge wing, splitter and diffuser create proper downforce and in the dry the car runs on slicks; it is unquestionably a serious racecar. Jason Kenny will be racing it in the Radical Challenge Championship.

Kenny is the joint holder of the highest number of Olympic gold medals won by a British athlete; he shares the accolade with Sir Chris Hoy. The two were teammates during the London 2012 games and Beijing in 2008 before Hoy retired from competitive cycling. Sir Chris Hoy then went on to compete in motorsport, driving in the SR1 Cup in 2013 then racing a Radical SR3 and Spyder. In June, Hoy competed in the Le Mans 24 Hours driving a Ligier in the LMP2 class, he finished 18th overall and 12th in class.