In order to streamline the development process, Cupra has opted for 3D-printed components in its track-only Leon Competicion 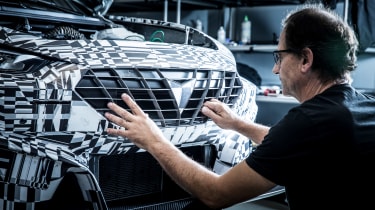 Some might believe the usefulness of 3D printing is limited to the creation of poorly finished plastic trinkets, but through advancements in technology, the automotive industry is now using it in a number of more interesting applications. The latest example can be found in the new Cupra Leon Competicion, a track-only racer destined for the World Touring Car Championship.

As with any car of this kind, power has been lifted from road car figures, bringing output from its 2.0-litre turbocharged 4cyl to 335bhp and 302lb ft of torque, enough for a swift 4.5sec 0-62mph time and 162mph top speed.

Elsewhere, chassis tweaks sharpen the Leon for on-track performance, with adjustable suspension, uprated brakes and an FIA-approved roll cage and seat all featuring. As you might have gathered, plenty of aerodynamic changes have also been made, ranging from the aggressive new front splitter and bonnet, to that rather significant rear wing.

What sets this model apart from the rest, however, is the use of 3D printed components throughout. Using multi-jet fusion technology, Cupra and HP collaborated on the creation of 3D printed door mirrors, air intakes, bonnet vents and other componentry. All the printed parts stood up to wind tunnel testing at speeds of 180mph, proving they can cope with the toils of high speed track sessions. 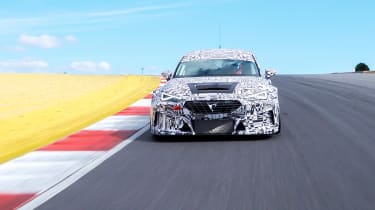 The use of the technology allows for a more streamlined development process, letting engineers print multiple new components in a short period to be tested in one session. The resin used for the printing is also said to be much lighter than the material ordinarily used for such applications, therefore reducing weight and increasing efficiency.

Xavi Serra, head of technical development at CUPRA Racing, said: ‘The main goal is to have a lot of parts in a short time. We can quickly test a wide variety of designs and furthermore, this technology enables us to react swiftly to any changes in the design process.’

Not only is the Leon Competicion one of the first models to feature 3D printing, but it’s also the very first touring car to be available to order online. Pricing is yet to be announced, however order books are open now.

The SEAT Leon Cupra is at the end of its lifespan, but has only become better with age
SEAT Leon Cupra R ST Abt 2020 review – spicy Spanish dish gets even more sizzle