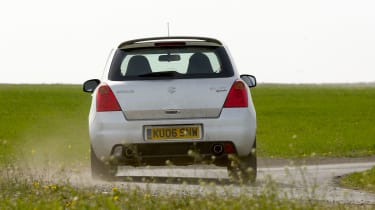 Mechanically, the Swift still feels tough, tight and precise. Electrically, it’s not quite so peachy. Specifically, there’s something not quite right with the central locking.

The Swift has that car-jack- defying set-up where, unless you double plip, only the driver’s door unlocks. Except that as soon as you turn the ignition, the passenger-side lock clunks open, which might seem like a design feature if it did it all the time rather than – as is actually the case – only sometimes.

Things got worse the other day when, in what might pass as some sort of ECU attempt at irony, the nearside door wouldn’t open at all until I got out, locked and then unlocked the car again. Hmph. So there’s something for the dealer to investigate at the first service in a few weeks’ time.