Toyota has been building vehicles since August 1935, and the company has just built its 200-millionth... 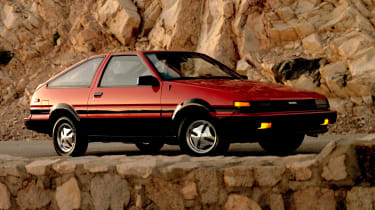 It isn’t every day that a car company announces that it has built its 200-millionth car, but last month Toyota passed the monumental milestone.

It has taken Toyota 76 years and 11 months to do it, and the company’s biggest seller so far has been the Corolla, which has sold a combined 39.08 million units since it was launched in 1966.

Of the 200 million, more than 145 million of them were produced in the Toyota’s home country of Japan, with the remainder rolling off production lines around the world in the US, Australia, Czech Republic, France, Portugal, Turkey, Russia and the UK – as well as many others.

Here's a gallery of just some of Toyota's greatest hits: