We pit the Toyota GT86 against icons with the same power to weight ratio: the Renault Clio 200 Cup, Honda Integra Type-R and BMW E30 M3 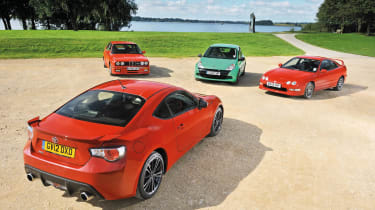