Computer says 'no' on our Vectra 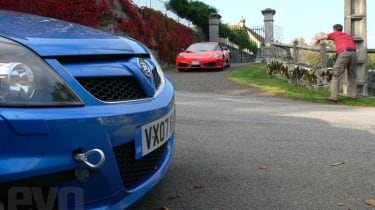 The ‘inspection’ light had appeared on the dash for the Vectra’s second service, so I phoned to book it in, as you do. As so often happens nowadays I was passed on to a central booking agency. Which was fine – until the girl at the other end of the phone, having entered my licence plate number and various other details, said that according to her computer ‘the Grifter’ should only be serviced once a year or every 20,000 miles. Since, she said, I had had the car serviced only five months earlier and had not yet reached 40,000 miles, I was not eligible for the second service. A case of ‘computer says no’.

I explained three times that this was the VXR version of the Vectra and that I believed that the service should be every 14,000 miles. But she and her electronic device still disagreed.

I gave up. Perhaps I’d been wrong. But, unwilling to be beaten by a computer, I consulted the manual: ‘When INSP appears in the odometer display, make an appointment…as soon as possible.’ A-ha!

Back on the phone, I was put through to a different operative, but one who had apparently had a common sense chip installed in her computer. We’re booked in for a second service next week.