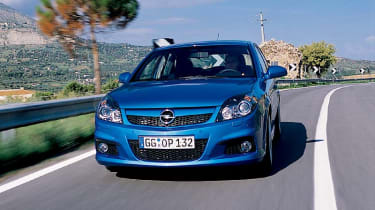 Brave or foolhardy? It's the question you've got to ask of Vauxhall/Opel's decision to launch the turbocharged, 252bhp Vectra VXR on the tortuous, crumbling, bump-ridden roads of the old Targa Florio road-race route on the island of Sicily. It's a fabulous venue, to be sure, but based on the evidence of the stiffly suspended, torque-steering Astra VXR, is it really a good location for a large and extremely powerful front-drive car?

Vauxhall is promoting the entire VXR range as a sort of hooligan's choice, trading refinement and smoothness for a bit of roughneck charm and excitement, so we need to allow the Vectra some leeway for potential bad behaviour. And its on-paper specification certainly entices. As well as the headline-grabbing power figure, the twin-scroll turbo 2.8-litre V6 also rustles up 262lb ft of torque between 1800rpm and 4500rpm. Hardly surprising, then, that the claimed performance is a lively 6.5sec 0-62mph and an impressive 161mph top speed.

Add Vauxhall's IDS-Plus chassis, which not only provides constantly variable damping but also complementary control of the stability system, together with good looks and a comfortable and well-equipped cabin, and you can see why Vauxhall hopes to shift 1000 Vectra VXRs a year in the UK.

Maybe it will, but it won't be on the strength of the VXR's dynamic merits. There's no doubting that the engine is ballsy, quick and relatively smooth (up to about 5500rpm, anyway) but it's let down by jerky throttle management; the Vectra kangaroos around town and when you lift off the gas at speed it's as if you've dabbed the brakes. And while the speedo will tell you it's mighty quick, low noise levels and a general lack of drama in the cabin takes the thrill out of things.

Strangely, torque-steer in normal driving isn't much of an issue, though there's not much feel either. And then you get to the bends, which on the Targa Florio would challenge even the best-suspended chassis. The lightly loaded inside front wheel spins and screeches before the traction control - with commendable aplomb, it has to be said - calls the nose to order. But there's always a moment's commotion before the traction control kicks in, so a series of bends has you fighting with the steering, then the power's cut, then the fight begins again, and so on.

And all the while you're being pounded by suspension that, regardless of whether it's in 'normal' or 'Sport', bangs and thumps across rough surfaces and allows the body too much uncontrolled vertical movement. Transverse obstacles - badly repaired trenches, motorway joining strips - cause the Vectra to shuffle off-line, the movement at the rear inconsistent with that at the front.

On the autrostrada the Vectra VXR comes into its own. Unfussed at a 100mph cruise, stable and relaxing, it's clear that here's a car developed on the autobahn, with performance in reserve and brakes well capable of three-figure stops. Personally, I like the ethos behind the VXR brand, but I can't help thinking the Vectra is letting the side down. 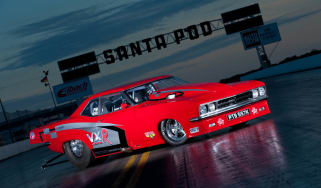 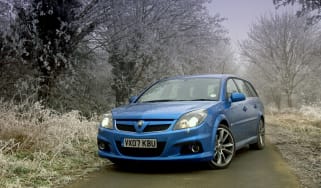 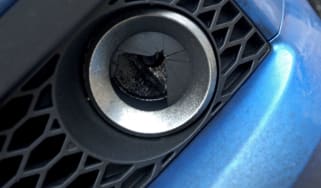 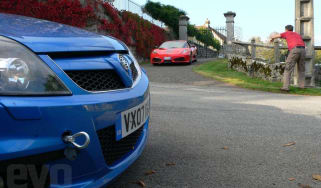 Computer says 'no' on our Vectra
Vauxhall Vectra VXR 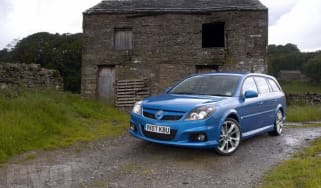 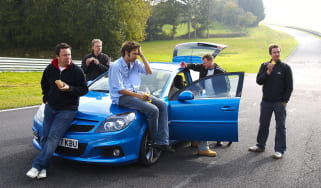 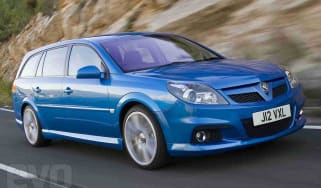 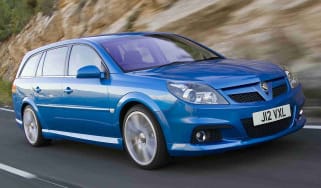 Vauxhall's VXR likes a drink, but it's not the only one...
Vauxhall Vectra VXR 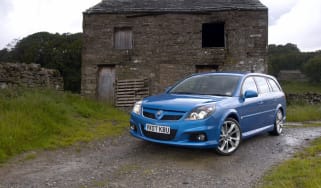 All is well but the Vectra's route finder talks with a forked tongue
Vauxhall Vectra VXR: New arrival 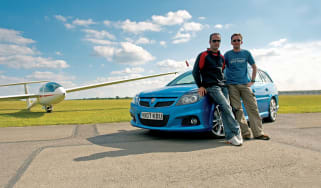 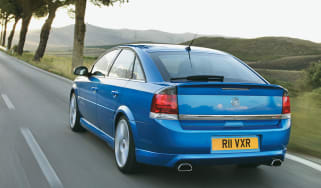 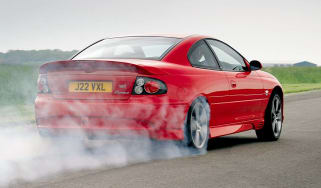 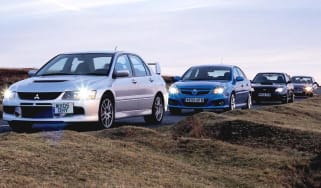 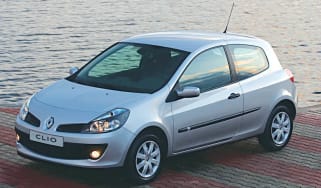