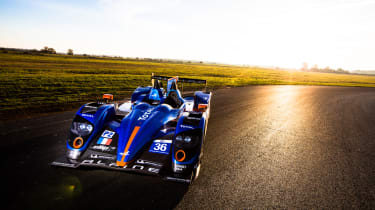 For our latest video review, Richard Meaden drives one of Le Mans' fastest LMP2 racers, the Alpine A450 prototype. Standing just one metre high and boasting aero-focused bodywork with a massive rear wing, it’s little wonder that Meaden – who’s an experienced racer himself - is feeling a little apprehensive ahead of his drive.

The spec sheet won’t help to calm his nerves either. The A450’s Nismo built naturally aspirated 4.5-litre V8 produces around 500bhp, which combined with its 900kg weight, equates to a power to weight ratio of close to 600bhp/ton. 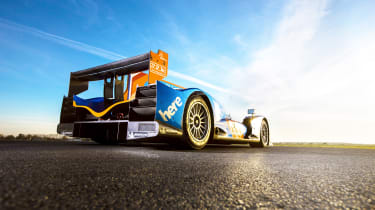 Power is sent to the rear wheels through a six-speed XTrac sequential gearbox with the help of traction control (to the relief of Meaden), and revs are limited to 7750rpm. When the car is setup for Le Mans, top speed down the Mulsanne straight often touches 200mph.

Of course, Meaden wouldn’t want to waste a handful of laps in a Le Mans car without getting some advanced preparation in first, so a stint in Base Performance’s Banbury race simulator helps boost his confidence. 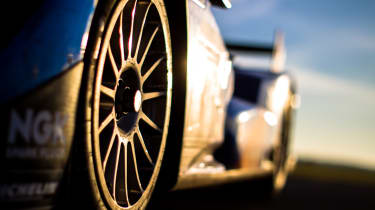 But sampling the prototype racer on track proves that mastering the black art of downforce takes far more than just an afternoon’s worth of driving. Nevertheless, Meaden – who’s taken part in many top tier races including the Nurbugring 24 Hours – takes full advantage of his drive and begins to explore the grip-inducing effects of downforce.

Watch the video above to enjoy the sights, sounds and unbelievable pace of the Alpine A450 LMP2 car under the helm of Richard Meaden.