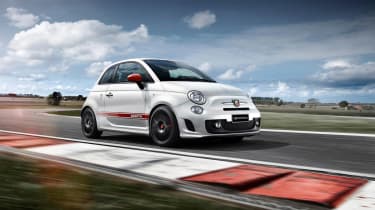 Yamaha has a long and detailed automotive history beyond its motorcycle division, developing and building engines for all manner of performance cars over the years – from the humble Ford Puma to the Lexus LFA’s screaming V10.

The badge’s latest home is a little different however, glued to the tailgate of the latest Abarth 500 special edition. The Abarth 595 Yamaha Factory Racing Edition celebrates the marque’s relationship with Yamaha in the MotoGP series, where it sponsors the race team fielding current championship leaders Valentino Rossi and Jorge Lorenzo.

Unfortunately, Yamaha hasn’t worked its magic on the 595’s 1.4-litre T-Jet turbocharged four-pot, though the engine isn’t short of power for its size. Power is upgraded to 177bhp at 5500rpm, with peak torque of 170lb ft developed from 3000rpm in the car’s Sport mode. 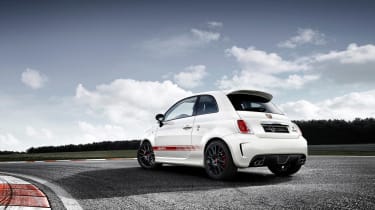 It’s available to order now, and the cost of such niceties is £17,420. This actually makes the Yamaha Factory Racing Edition the cheapest way of getting behind the wheel of a 177bhp version of the 595. The Abarth 500 range as a whole begins at £14,610, for a basic 138bhp car.