We're very familiar with the Abarth 500 in pokey Esseesse trim, but what's the entry-level 133bhp car like to drive? 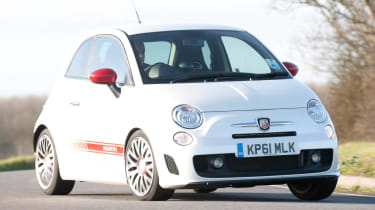 The Abarth 500, Fiat’s small city car in hot hatchback guise. We’re used to driving it in 158bhp Esseesse guise, but this is the 133bhp entry-level model, prices for which start at £14,707.

The little 500 weighs just over a ton but gets a torquey turbocharged engine – which mixes 133bhp/152lb ft performance with 43.5mpg and 155g/km economy – so it’s pretty brisk. And to help transfer that power through its front wheels, there’s Torque Transfer Control (TTC), an electronic diff-aping system that allows earlier deployment of the throttle when exiting corners.

Much like the pokier Esseesse, it’s not perfect, but it’s incredibly likeable. And with so much torque in what’s a titchy, short wheelbased hatch, it never feels slow. You won’t miss its sibling’s extra grunt, especially as hanging onto each gear rewards you with a keen exhaust note as you approach the rev limiter. And it’s better at actually transferring its power to the road, with the occasional torque-steer and wheelspin of the Esseesse eradicated.

The suspension feels less Tigger-like in its bounciness, too, though its reaction to some of Britain’s rougher roads is occasionally much less composed than you’d like. And while the steering is direct, it’s quite light and weights up artificially when you prod the Sport button. But to be honest, neither criticism can dilute the Abarth’s character. It’s great fun to drive and won’t fail to put a smile on your face.

TTC works well, too. Drive the 500 with appropriate gusto and you’ll feel it hooking up the front end through tighter corners, allowing you to apply the throttle nice and early.

It offers a more homogeneous drive than the £2500 and 25bhp-heftier Abarth 500 Esseesse. And it’s very competitive in class; while not as dynamically adept as the cheaper Suzuki Swift Sport and Renaultsport Twingo, it’s at least as much fun in real-world driving while looking and feeling a classier product. It’s a relatively uncommon sight on UK roads, too.

You could buy a pair of these for the price of one Abarth 695 Tributo Ferrari – a similar car, save for an extra 45bhp, a five-speed paddle-shift gearbox and a smattering of carbonfibre and fancy trim. That doesn’t stop the 695 being something special though – see it in action on video here. 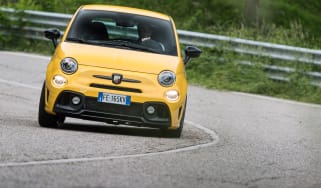 Abarth 595 Competizione review – The little hatch with a big voice

Is the tiny Italian hatch's character any more than just skin deep?
Visit/abarth/500/16987/abarth-695-biposto-record-two-seat-hatch-gains-first-limited-edition 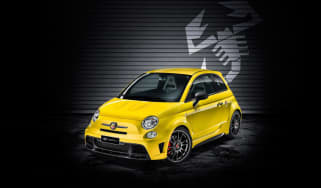 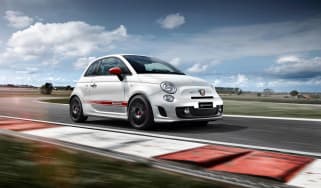 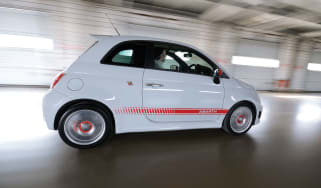 The reborn fast 500 is reliable, holds its value well and is a hoot to drive. Here’s what you need to know
Visit/abarth/500/7314/abarth-595-50th-anniversary-review-price-and-specs 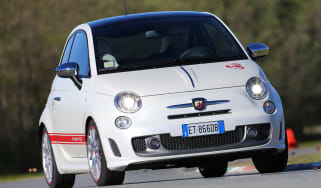 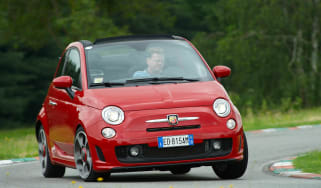 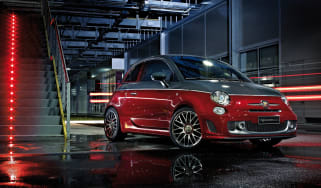 Fiat has given the 500 Abarth range a bit of a refresh, bringing two new higher powered and better equipped models to the UK, dropping the price of th…
Visit/abarth/500/12511/abarth-695-maserati-edition-uk-prices 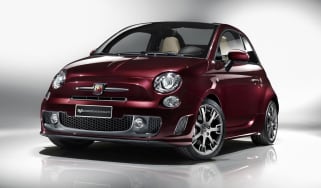 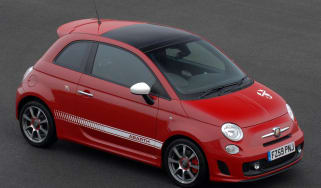 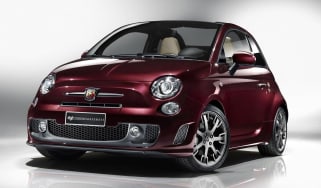 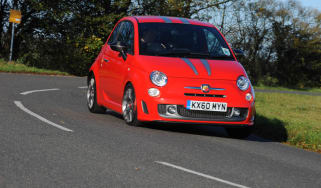 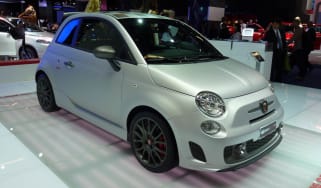 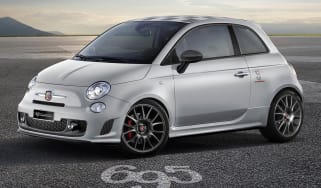 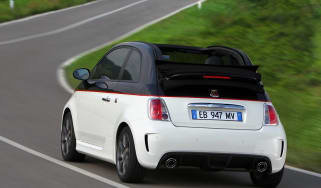 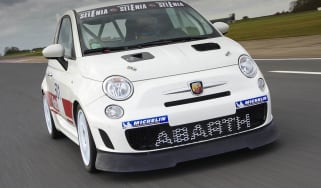 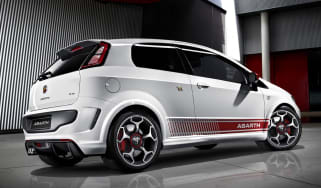 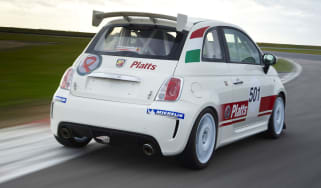 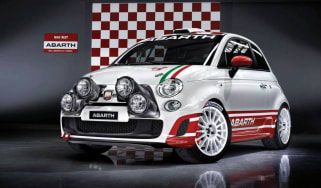 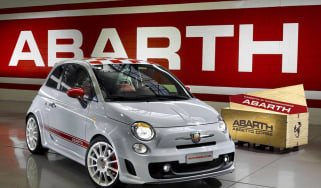