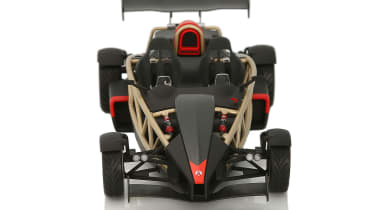 Initially it might seem surprising that there hasn’t been a scale model of an Ariel Atom before now. After all, the car is extremely popular and it’s been in production for 16 years.

The trouble is, that it’s a very complex model to make. The tubular chassis is intricate and the fact that the engine and suspension are permanently exposed only adds further complication. So, although several model makers have expressed interest in the past, all have given up at an early stage once they’ve realised the difficulty of the task.

Now, however, Spanish firm Soul Models has finally risen to the challenge and produced this beautiful miniature recreation of the limited edition Atom V8. 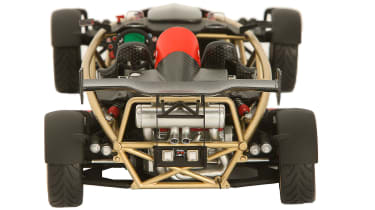 The distinctive golden chassis and wheels immediately mark it out as the wild 500bhp version of the Atom. Look inside and you will see the familiar one-piece Atom seats, complete with the builder’s plaque in the middle. There is, of course, no gearlever in the model because the V8 had a pneumatically actuated paddle shift. You will, however see the beautifully detailed harnesses in the seats.

It has been produced in 1:18 scale and just 1500 will be produced worldwide. The models are priced at £149.94 and available from either Soul Models or Ariel.