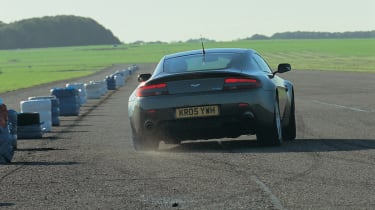 The sale that has been mooted for 6 months has finally been announced - Aston Martin has been sold by Ford for close to half a billion pounds to a British-led consortium backed by Kuwaiti investors.

After 20 years of ownership Ford has sold all but a small non-voting stake in the company for £479million. The new owners are led by Dave Richards, founder of the Prodrive, who run Aston Martin’s sports cars, as well as several other motorsports interests, including Subaru’s WRC team. Richards said of his new company: “Aston Martin is an icon of British engineering, but its true potential is yet to come.”

However, Richards also moved to quash speculation that he would use Aston Martin to enter F1: “People have been putting 2 and 2 together and getting 6. Aston Martin will continue with sports car racing. If Prodrive look to enter Formula 1 next year they will do so by partnering an existing team.”

Critically, the new owners have agreed to keep Dr. Ulrich Bez as CEO for at least 5 more years. Bez, the former boss of Porsche, is widely credited with Aston Martin’s resurgence during the past decade, and was described as “the most hands-on CEO in the motor business” by Richards.

The financial muscle behind the deal comes from Texan investment banker John Sinders, along with two heavyweight Kuwaiti equity groups Adeem Investment and Investment Dar, worth a combined $5.5 billion. 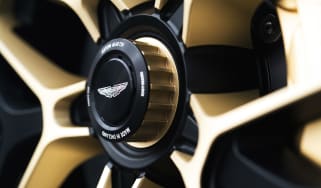