Aston Martin has produced this video to celebrate its centenary year, looking back at the high points over its 100-year history 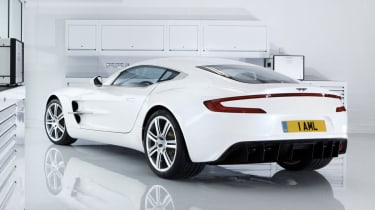 Aston Martin officially celebrated its 100th anniversary earlier this month, and is planning a number of Aston-themed events throughout the year. This short video tracks the company’s early years, success at Le Mans, and long-standing relationship with the James Bond franchise.