What to expect from the racing this weekend 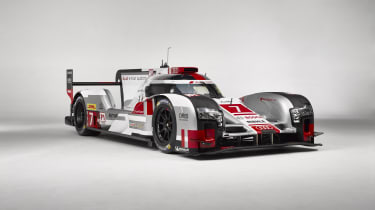 The 2015 FIA World Endurance Championship returns this weekend, 5-6 May, with round two held at Spa-Francorchamps, Belgium.

With the teams using the race to begin their Le Mans 24 Hour preparations in earnest, the six-hour event will provide us with the first indication of who is and isn’t on the pace.

The Audi Sport Team Joest and the Porsche works team will both field a third LMP1 car at Spa this weekend. In the case of Audi expect one of its R18 e-tron quattros to be running with near-as-dammit- Le Mans spec aero. For Porsche, Spa will allow it to run its third 919 Hybrid for the first time in 2015 with Formula 1 driver Nicko Hulkenberg, Porsche factory GT drivers Nick Tandy and Earl Bamber getting behind the wheel to make their 2015 LMP1 debuts.

The Spa round of the World Endurance Championship is the final race before the teams decamp to France in June for the Le Mans 24 Hours.

Therefore, following the season opener at Silverstone, the visit to the Ardennes forest is the last opportunity for the teams to run against their rivals in a race environment. And while the Belgium circuit offers many different challenges than La Sarthe, its fast flowing nature, high-speed corners and the unpredictable weather offers perfect preparation for both the teams and drivers.

Racing at Spa – a unique challenge

“Racing at Spa is always special”, says evo contributor Dickie Meaden. “The circuit is magnificent. Every lap presents you with some mighty challenges, whatever you’re driving, but the LMP1 cars with their high-down-force and massive power must be sensational.

“The plunge down towards Eau Rouge and Radillion - where the proximity of the pit wall on your right, and the steep downhill gradient - magnify the sense of speed; and the downhill double-left at Puhon is a bigge, too. And above all, Spa is a racer’s circuit, so you can always expect close, hard battle. 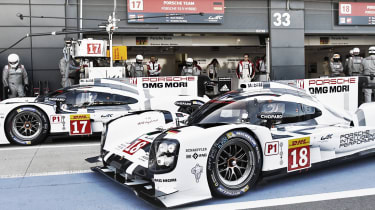 “The weather is always a bit of wildcard, too, which can make qualifying sessions chaotic and race-long tactics a tough call. Add the fact that this is often the moment we see the big teams testing their Le Mans-spec aero packages and it all makes for a spectacular race. It’s also the clearest indication of who is looking good for the Big Race in June.”

The Spa-Francorchamps circuit, located in Belgium’s Ardennes forest, is one of Europe’s most famous and historically significant tracks. The mere mention of its name makes racers young and old go wide eyed with admiration for the place. 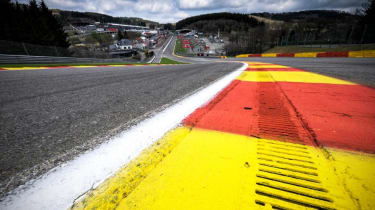 Eau Rouge – The most fearsome corner in motors sport?

In 1939 one of the most feared –and it has to be said equally loved – corners in motor sport was conceived. The plunging left-right-left uphill sequences that makes Eau Rouge is a test of bravery that has caught out as many masters and old hands as it have novices.

The gradient, which television doesn’t portray the steepness of, is just one element of the corner’s difficulty. The combination of the quick downhill approach, the cars bottoming out at the base as they turn left, the ascent to nail the apex on the right midway up the climb and the need for a clean exit for the run down to Les Combes, and it’s a sequence that focuses the mind and demands your full attention. With the following straight so long maintaining momentum through Eau Rouge is crucial, which is why the biggest challenge is to take Eau Rouge flat. A challenge few have succeeded at.

It’s this combination that makes Mark Webber’s pass on Fernando Alonso into Eau Rouge in 2011 even more impressive.