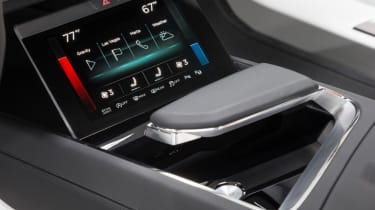 Audi has unveiled its vision for its next generation of in-car infotainment systems. The new look MMI interface features a huge array of bright HD AMOLED displays which are designed to let the driver control each aspect of the car.

It's a significant step away from the simple and clean design seen in the current generation Audi TT. Instead, this new 'virtual gauge cluster' is backed up by two different screens mounted in the central console, one for entertainment, the other for things like climate control. 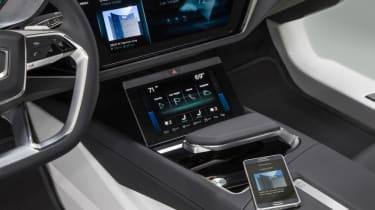 The centrally mounted 14.1-inch dash uses a high-definition AMOLED display. For those not in the know, AMOLED is the same display technology found in Android smartphones, meaning bright colours and strong contrast.

The revised user interface design is much cleaner and simpler compared to the slightly convoluted one found in the TT. Audi has clearly learned lessons here and has delivered a slicker interface for the driver to control.

The lower centrally mounted screen is capable of 'haptic feedback' which uses vibrations to let the driver know when inputs are made, so they don't have to look down at the screen.

Also at CES was an updated look at the Audi Q7 e-tron concept, as well as a near-production ready version of  OLED rear-lights. You can see the latter in action on our Facebook page here.