Audi is set to complete the range of 'Allroad quattros' 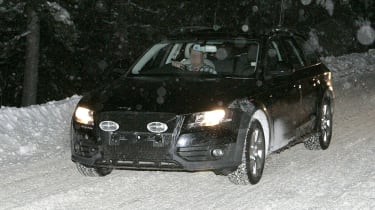 So far, the 'allroad' name was known only from Audi’s A6 Avant – but that’s to be changed soon. As these spy-shots finally prove, the German car-maker is going to complete the range of 'allroad quattros' by a smaller brother based on the still-new A4 Avant. It’s a class of cars dominated by Audi with competition coming only from Volvo (Cross Country), Saab (9-3X) and Subaru. Main competitors, however, didn’t react at all: BMW stays with their xDrive system and Mercedes is concentrating on their 4Matic, but none of these two offer passenger cars with increased ground-clearance and exterior modifications. As is with the A6 Allroad, the A4 'allroad quattro' will be available as an Avant only and will see the light of day in summer 2009.