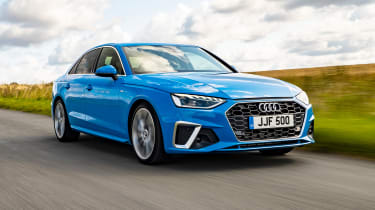 The Audi A4 has been a staple of the compact executive car class since its introduction in the 1990s, and for 2019 there’s a new model on sale.

Well, it’s not completely new – instead, think of it as a comprehensive update of the B9-generation A4 launched in 2016, with revisions to the interior and exterior styling, some drivetrain updates, and improved levels of technology and equipment.

That the updates make the A4 more involving to drive isn’t as clear cut, though the big news with the 2019 A4 is that in performance S4 trim, the old petrol V6 makes way for a diesel alternative. A controversial decision perhaps, but one that actually suits the character of the car very well, and improves its long-distance, high-speed usability, as well as offering plentiful shove thanks to a hearty helping of torque.

There’s an RS4 on the way anyway for those still more interested in petrol power, while several of the new A4s (S4 and likely RS4 included) now get 48V mild-hybrid technology to help ease their emissions. There’s new tech inside too, taking some inspiration from the larger A6 and A7 models.

These changes don’t suddenly make the A4 a class-leading driver’s car, but detail changes behind the scenes do improve the A4’s road manners – and if ultimate handling and performance is less a concern than day-to-day usability, quality, or even just Audi’s badge appeal, the A4 still impresses. 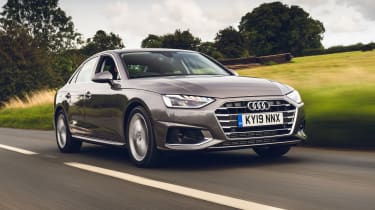 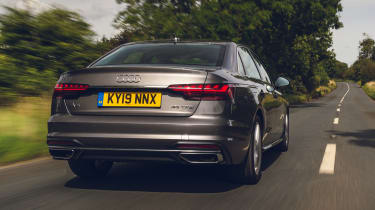 Topped by the S4 and S4 Avant TDI, the A4 range is as vast as ever, with diesel and petrol versions of varying power and trim levels available for both the A4 saloon and A4 Avant estate.

At the entry level you’ll find the A4 saloon in 35 TFSI Technik specification, for £30,750. Technik replaces the old SE trim line but offers much more equipment for the money. Seventeen-inch alloy wheels and climate control remain as before, but Technik adds kit such as a 10.1-inch touchscreen display, Virtual Cockpit, heated front seats, LED headlights and a reversing camera as standard, over the old SE. An entry-level 30 TDI diesel will also be available in Technik trim.

The Vorsprung – first seen on the Q7 and Q8 – comes in at around £50,000 for the 40 TFSI, more than £10k on top of the Black Edition. That’s a hell of a lot for some relatively unremarkable saloons and estates (particularly when a basic Audi S4 starts at £48,000), but does include niceties such as adaptive sports suspension, matrix LED headlights, Nappa leather-trimmed sports seats, Bang & Olufsen sound, and numerous other features.

Key rivals include the BMW 3-series, Mercedes-Benz C-class, Alfa Romeo Giulia and Jaguar XE. The 3-series range starts with the 320i SE, equivalent to the A4 35 TFSI Technik mentioned above, at £32,565, while the entry-level C-class dips under the £30k mark at £29,925. Few of course will buy or lease these base models and all three manufacturers will happily indulge your passion for ticking option boxes and up-sell you to more lavish models, but the recently introduced 3-series continues to be the choice for keen drivers.

There’s something to be said for the Alfa Romeo and Jaguar in this class though. While they lack the build integrity of the German cars, both are sweet to drive, the Alfa always light, agile and responsive, and the Jaguar pliant and involving. The Alfa continues to be our pick as the most enjoyable in this class to drive.

More on A4 saloon 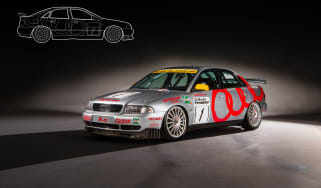 After the wild and expensive Group A era, the new 2-litre formula was launched. But it didn’t stay simple and affordable for long…
Visit/audi/a4/21429/audi-a4-and-a4-avant-to-receive-subtle-aesthetic-updates-later-in-2018 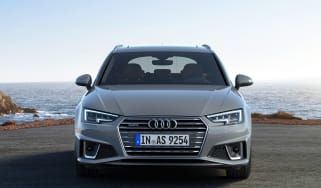 Audi’s most popular model to pick up design updates, but does without any major technical changes
Visit/audi/a4/15084/2015-audi-a4-to-get-e-quattro-four-wheel-drive 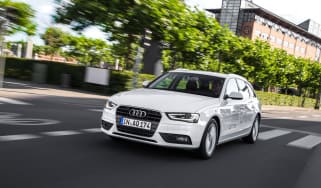 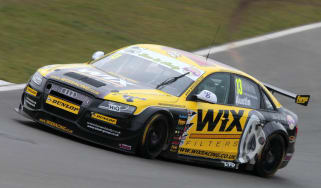 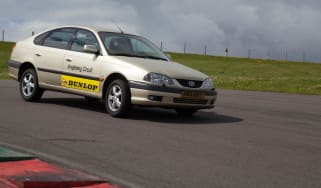 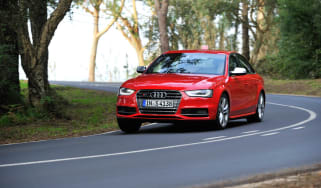 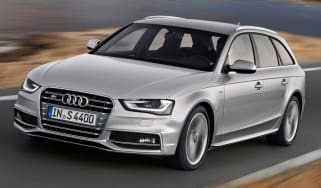 New Audi A4 and S4 news and pictures

Audi refreshes its A4 and S4 saloon and Avant range, in time to battle the F30 BMW 3-series
Visit/audi/a4/9659/audi-a4-allroad-quattro 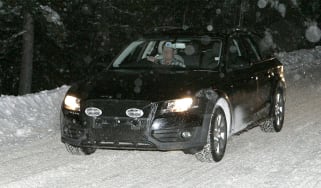 Audi is set to complete the range of 'Allroad quattros'
Visit/news/evonews/57126/a4_special_edition.html 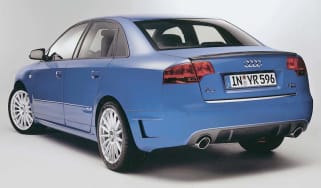