2019 Audi A6 review - does the new A6 finally drive better than its rivals? 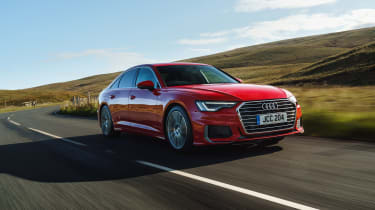 This is the new Audi A6, fresh from its total redesign in 2018. Sitting in the executive class, the A6 rose to significance in its second ‘C5’ generation in 1997 with a groundbreaking design inside and out, and arguably formed the contemporary notion of premium, rather than luxury as a new type of desirability.

This all-new ‘C8’ is the fifth generation A6, and as one of the key models that brought Audi into the spotlight it remains a key model in the range. It’s available in saloon and estate body styles, is powered by four- or six-cylinder powertrains, and in this latest generation is predominantly all-wheel drive.

The A6 has never been the most agile or involving executive though, instead relying on a high quality interior, cutting-edge tech and sleek design. Has Audi changed the formula in this all-new model, or just built on its traditional values?

Audi A6: in detail

> Engine, transmission and technical details - Powertrains are solid and perform well, performance varies massively between the engine line up though, and lack ultimate refinement

> Performance and 0-60mph time - Performance is on par with rivals, six-cylinder models are typically brisk, but there are no V8s to really excite.

> Ride and handling - The A6 feels smaller than rivals from BMW and Mercedes, which does pay dividends, but it remains sterile rather than involving

> MPG and running costs - the diesels actually hit some extremely impressive numbers, efficiency has been a core deliverable

> Interior and tech - Where an A6 once reigned, it now merely competes. Tech is massively impressive, but quality and materials aren’t what they once were

> Design - Marc Lichte’s choppy design language is most prevalent here, it’s aggressive, yet incongruous, and not at all subtle 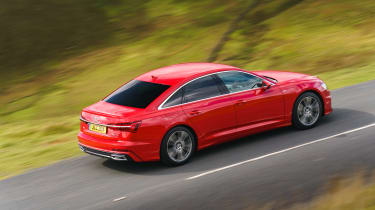 The Audi A6 starts at £38,210 for the entry-level 40 TDI SE model. It’s the only front-wheel drive A6 available, with all other drivetrain variants picking up Quattro all-wheel drive. A seven-speed S-tronic dual-clutch transmission is also standard across all models except the 50 TDI, which swaps that out for an eight-speed Tiptronic torque converter due to the higher torque load. That 50 TDI model starts at a not-unreasonable £46,610 in lowly SE trim, a fair chunk less than an equivalent 530d or Mercedes E400d, but align spec for spec and it all evens up again.

Two petrol models are also available, the first a 45 TFSI version that shares its EA888 2-litre four-pot with a multitude of Volkswagen Group products, while topping the range is the 55 TFSI that features the 3-litre turbocharged V6 petrol borrowed from a previous Audi S4. These models start at £40,650 and £48,010 respectively.

> Click here for our review of the Mercedes E-class

Opt for the S-Line trim and you’ll need to find a further £3360, but for the extra cash comes larger wheels, new bumpers, sports seats in a half-leather trim, Matrix LED headlights and a sports suspension layout. For the more practical Avant, that’ll be a further £2100. 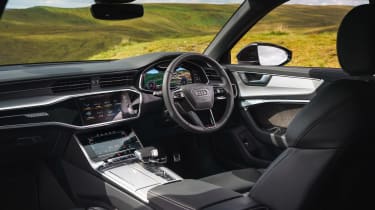 Using the popular 40 TDI S-line saloon model as a reference point at £41,610, rivals of an equivalent specification come in at much the same price points with the BMW 520d M Sport at £41,590, Mercedes E220d AMG-Line at £40,565 and the Volvo S90 D4 R-design at £41,415. The amount one actually pays for these cars will likely be down to the available PCP deals, and how much stock a dealer will be in need of offloading.

More on A6 saloon 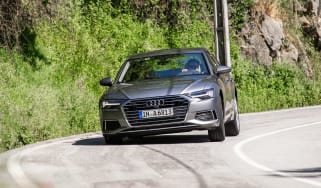 New A6 improves on its predecessor and beats rivals for quality, but others are more fun
Visit/audi/a6/20865/2018-audi-a6-makes-a-new-bid-for-executive-car-dominance 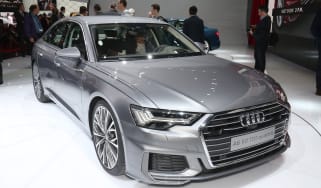 2018 Audi A6 makes a new bid for executive car dominance

This is the new 2018 Audi A6, the car Audi hopes will give it an edge over the BMW 5-series and Mercedes E-class
Visit/audi/a6/15829/audi-a6-review-german-executive-does-just-about-everything-well 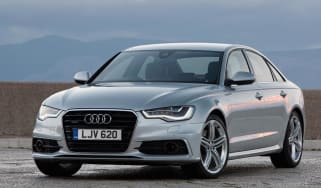 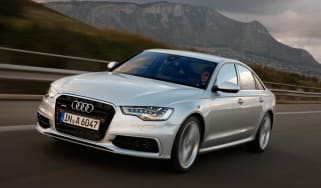 We review the all new Audi A6 sports saloon. What's the pick of the engine range?
Visit/audi/a6/7101/audi-a6-avant-30-tfsi-quattro-review-price-specs-and-0-60-time 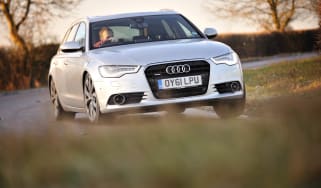 The new Audi A6 Avant is tested in range topping 3-litre TFSI form - how does it cope with British roads?
Visit/audi/a6/12666/mtm-tuned-audi-a6-bitdi 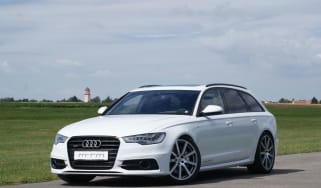 German tuning firm MTM has announced a 376bhp remap for the 3.0-litre Audi A6 BiTDI.
Visit/audi/a6/7137/audi-s6-saloon-review 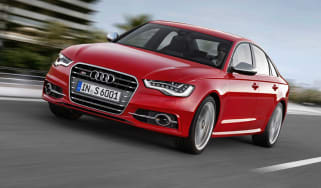 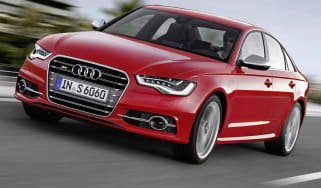