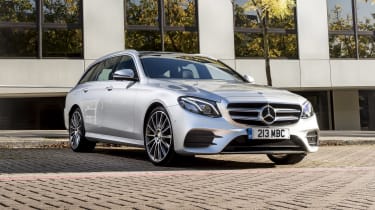 The Mercedes E-class is a cornerstone of the executive class, one that not only embodies the class’s core attributes, but which has also informed them over a period of decades. It comes as little surprise to see the E-cass always at or near the top of the class for executive shoppers, and in its current generation, it’s easy to see why.

The current W213 Mercedes E-class has a vast range, from airport minicab-spec four-pot diesels and company car-friendly plug-in hybrids to boulevard-cruising cabrios, brawny diesel estates and six-figure AMG hot rods. It’s difficult to generalise the E-class in one verdict, but burrow through the range and you’ll find plenty of highlights, all the time maintaining the key attributes of engineering excellence, solidity and class.

Ride and handling > Feels big because it is big. Not as interactive as some rivals, but formidable in its capability

MPG and running costs > MPG for the economy-focused models is deeply impressive, but V8 AMGs require shares in BP to fund them

Interior and tech > Initially impressive, the interior is well built, but can be a bit befuddling to use on the move 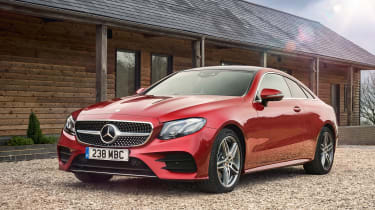 The Mercedes E-class range is hugely varied, starting at £36,895 for the entry-level E200 SE and rising to a whopping £94,250 for an E63 S 4Matic+ estate. Model for model, prices are competitive with equivalent rivals from BMW and Audi, but neither offers quite the same spread of options or powertrains.

The E43 AMG has gone the way of the dodo, making way for the new AMG E53, which combines the rapid new turbocharged in-line six petrol engine with a mild hybrid system. This tech leader of the range starts from £68,285, nearly £30k less than the full-fat E63 S. Four-cylinder versions are all specified in SE trim as standard, while the optional AMG Line models generally have a premium of around £2500. Swap out the saloon body for the commodious estate and it’ll set you back an extra £2000. Coupe and Cabriolet models are also available with selected engines and AMG Line-only body trim. Coupes are £500 more than the equivalent saloons, while the Cabrio has a steeper £5000 premium. 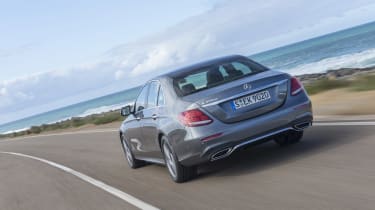 For an E-class with a more rugged appeal, the E400d estate is also available in an Audi Allroad-like All-Terrain specification, with cladded wheelarches, unique body styling, and oddly oversized 20-inch wheels. Perfect for light off-roading.

Specification is generally high throughout the range, although if you want the widescreen cockpit you’ll need to plump for the Premium Pack on four-cylinder models. A higher-specification Premium Plus Pack is also available for most models, bundling the most desirable options into one, such as the panoramic sunroof, Burmester hi-fi and Multibeam LED headlights, among others.

Using a popular variant like the four-cylinder AMG Line E220d saloon as a reference point at £39,640, the equivalent competition from Audi (A6 40TDi S-Line) and BMW (520d M Sport) both come in at over £41,000, although they do have more standard equipment. 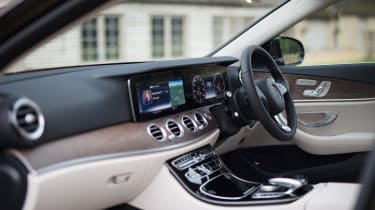 Still not a driver’s car like a 5-series, but the E-class hits the mark in almost every other area
New 2020 Mercedes-Benz E-class revealed 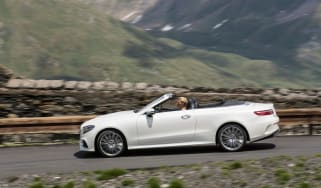 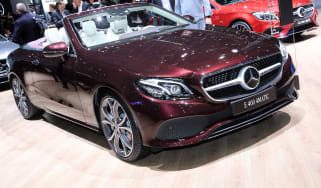 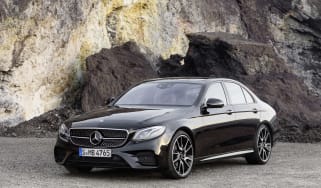 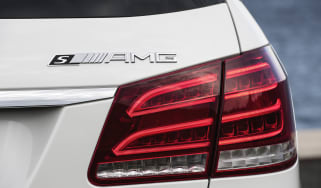 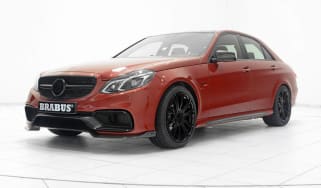 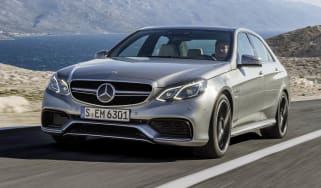 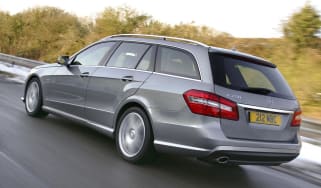 The best estate car in the world. Has the new Mercedes E350 CDI done enough to earn the title?
Harris drives Merc E63 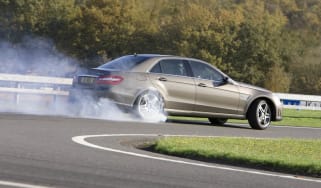 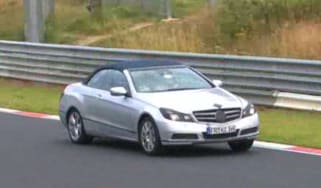 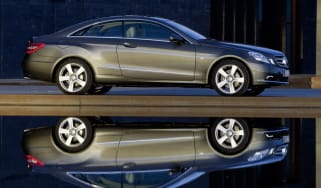 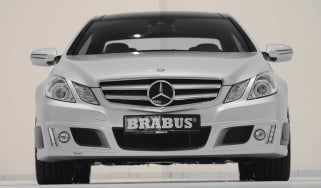 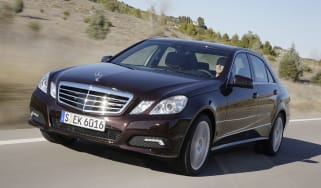 New Mercedes-Benz E-class is a return to form, but driving thrills are in short ration
Mercedes E63 AMG and ML450 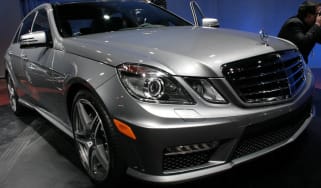 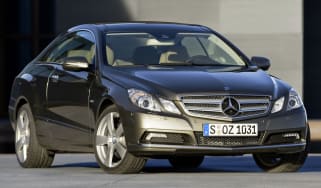 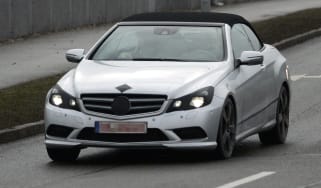 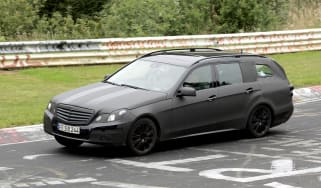 Still over a year away, our spies have garnered details on the next all-new Mercedes E-Class by taking spy-shots of a less-disguised estate model test…
Skip to HeaderSkip to Content