BMW's X2 wasn't the only SUV revealed at the Paris motor show, Audi showed us its new Q5 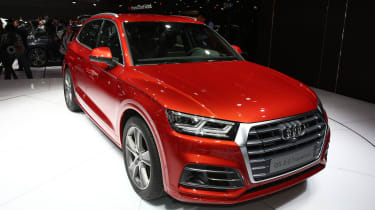 Audi has built 1million of the first generation of its Q5, not only it was the best-selling car in its class it was also Audi's the best selling SUV. But at the Paris Motor Show, Audi launched the new updated Q5.

The new car is approximately 90kg lighter than the model it replaces, but is also bigger inside and out. The new car also gets Audi’s fantastic Virtual Cockpit display in place of more conventional dials.

Initially, the Q5 will only be available with a 2-litre four-cylinder diesel engine that produces 187bhp, 12bhp more than the old Q5 with the equivalent engine. Not long after launch the Q5 will get a 249bhp 2-litre petrol engine and a 3-litre V6 diesel with 282bhp. All the engines will be turbocharged. Two gearboxes will be available, a six-speed manual and a seven-speed dual-clutch automatic. 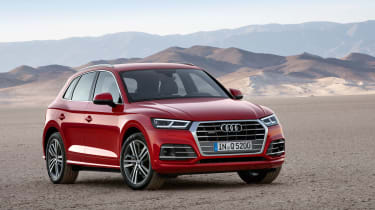 The 187bhp diesel model will be equipped with Audi’s fuel saving Quattro with Ultra Technology four-wheel drive system. This disengages the rear axle to save fuel but can reactivate it whenever the systems thinks four-wheel drive might be needed.

When the V6 is available to buy, you will be able to equip it with a limited slip differential on the rear axle. The differential will be electronically controlled and will provide active torque vectoring. And this isn’t even the SQ5 model. Audi are yet to release details on the sportier version of the Q5 but we’d expect it to have the diesel V6, like the previous version but with more power. Expect to see over 309bhp.

Audi’s Drive Select will be available as standard on the Q5. As well as the standard five modes (Comfort, Efficiency, Auto, Dynamic and Individual) two new modes will be available; Lift/Offroad and Allroad. If the Q5 is specced with damper control then the modes will control the dampers’ behaviour, and if equipped with air suspension the ride height will change too.