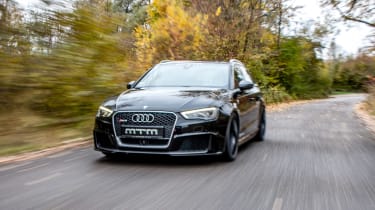 Already one of the most powerful hatchbacks on the market, with 362bhp and once de-restricted, a 174mph top speed, MTM has released further potential from the 2.5-litre unit.

MTM’s demonstrator vehicle has subtle styling, but gives a nod to its extra performance with a set of 8.5x19in MTM Nardo alloy wheels, and Michelin Pilot Super Sport tyres. These shroud a set of 380mm MTM brake discs. 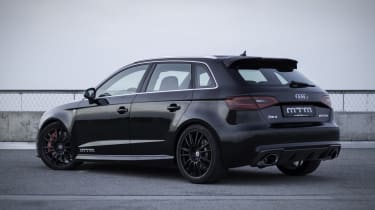 Few will cross-shop the two of course, but it’s illustrative of the levels of performance now available in the hot hatch sector. And it may not stop there – MTM CEO Roland Mayer says the company is developing versions with ‘further power and torque gains’.