BMW’s 2-series Coupe is coming back, with right-wheel drive. 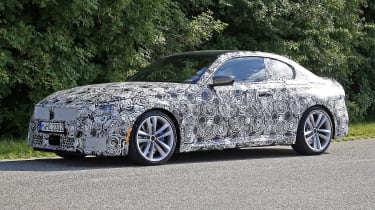 It’s fair to say we’ve been critical of BMW’s decision to move its 1- and 2-series model lines to a front-wheel drive platform, so it comes as a great relief to see BMW will not take the same tack with the next 2-series Coupe. 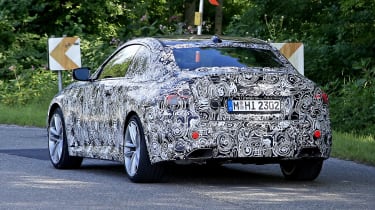 Instead, BMW looks like it’s about to employ two completely separate platforms into the 2-series range depending on the body style. The plan seems to involve keeping the coupe on a rear-wheel drive platform while the four-door Gran Coupe and Active Tourer models stay front-wheel driven.

With its distinctive platform, the 2-series Coupe will look very different from other 2-series models, the car gaining a different set of proportions more in-keeping with BMW’s heritage. The long bonnet, cab-back cabin and short front overhang are typical of a rear-driven model, which will also feature a longitudinally mounted engine.This prototype also clearly features broad shoulders and pumped wheel arches, as well as clear detailing usually attributed to M Performance models found elsewhere in the BMW range. An interesting detail is the use of a new simplified door handle that cleans up the door profile – this is a design element we expect will be spread across most of the range in time. 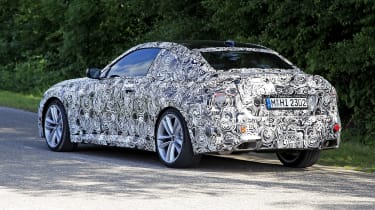 The chassis will likely draw from the CLAR platform currently utilised by the 3- and 4-series models, but resized to fit the 2-series coupe’s more compact dimensions. We expect the new model to be marginally bigger than the current 2-series coupe, but those hoping for a rebooted 2-series Cabriolet might be left wanting – that niche is well and truly shrinking.

It’s expected that most 2-series Coupe models will utilise a turbocharged four-cylinder powertrain shared across many of BMW’s products, with turbocharged six-cylinder models reserved for high performance variants. Given its longitudinally-mounted engine layout, both a six-speed manual and eight-speed automatic transmissions are expected to be available, the latter ZF-sourced. 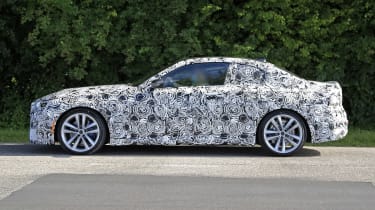 What specific powertrain a future M2 might include is more of a mystery though, as while the current M2 started life with a heavily-modified version of a ‘normal’ BMW straight-six, its move to utilising a de-tuned version of the M3’s S55 engine in later Competition and CS models brought a big improvement in performance, and reputation. Not only that, but with current emissions regulations it remains an easier process to detune a high-specification engine than modify a lesser one, making a future M2’s use of a full-fat M engine even more likely. With BMW’s incoming M3 and M4 also breaching 500bhp in Competition form, we expect power to hover around 420-450bhp.

So while we’re still on a high from the current M2 in its superb CS form, we can rest safe in the knowledge that it’s not the final sign-off of the compact BMW M coupe, rather a celebration of the current model before we get to enjoy an all-new one. Expect the new 2-series to break cover in 2021, alongside a plethora of other new BMW models.