Due later this year, BMW has announced a new line of more affordable M-sport models 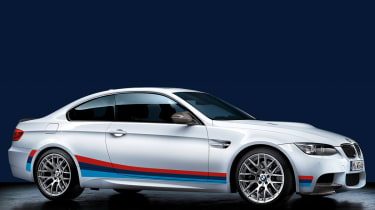 Sitting between ‘proper’ M-cars and the more ordinary models, the German automaker has announced a new sporting model range, named ‘BMW M Performance Automobiles’. It’s intended to extract the dynamic ability and performance, without compromising on practicality too much.

Dr Friedrich Nitschke, President of BMW M, confirmed that the xDrive all-wheel drive system would play a key role in the new models, and both petrol and diesel models are planned.

It isn’t the first time that ‘M’ pedigree has been passed down to the lesser models, BMW has been offering M-sport kits on various models for over 20 years, since the M535i in 1980.

Full details will be announced at the Geneva motor show, along with the official unveiling of the new M6.